DUBAI: Dubai’s Jameel Arts Center has unleashed the creative power of the UAE’s youth with the aim of bringing budding talent to the local scene.

Titled “The Youth Takeover”, the show, which ended on Sunday, featured 20 works of art by new talent that explored the concepts of nostalgia and the inner child. Media included two- and three-dimensional illustrations, paintings, audiovisual works, performances, workshops and film screenings.

“Art Jameel has always had a focus on young people and on developing local talent from the ground up, and in an innovative way that complements and bridges the gaps between and around formal education,” said Antonia Carver, Director by Art Jameel, to Arab News. “Before opening the Jameel Arts Center in 2018, we knew we wanted to have young people at the heart of the institution and create a program that would allow us to listen and learn from young people, and that would give these talented young people and motivated real creative agency.”

Carver said Art Jameel plans to hold a similar event at the recently opened Hayy Jameel Creative Center in Jeddah in the future.

Jameel’s third annual “The Youth Takeover” was titled “Smol” and was dedicated to an exploration of the trials and tribulations of growing up, ideas of longing and the inner child. It was organized by eight young creatives or Youth Assembly members – Alexis Javero, Anita Shishani, Farah Fawzi Ali, Lubnah Ansari, Raheed Allaf, Rashid Almheiri, Shama Nair and Sree – all under the age of 25 across the UAE which was selected from several hundred entries and was led by independent curator and Assembly 2020 alumnus, Daniel H. Rey.

“Metaphorically and stylistically, ‘Smol’ is an opportunity to think outside the box, bring dreams closer to reality, while confronting constraining rules and rituals,” Assembly members said in a joint statement.

Working with the Art Jameel Learning team, Rey organized and facilitated a year-long learning program with the goal of nurturing and fostering artistic leadership in young people.

The young artists raised in the Gulf were encouraged to explore issues around ideas of home, intergenerational stories, community building, dreams, language, and mental health.

“After several weeks of research in non-European languages, questions about the so-called Global South and the responsibilities of conservatives in our common context, the Assembly received a key question: how do young people practice society?” Rey told Arab News. “To explore this issue dealing with society as a subject of inquiry, the Youth Assembly moved to stand-alone sessions discussing different urgencies – pressing themes with the potential for solid exploration through an exhibition.”

The Assembly visited and studied the Art Jameel Collection as well as the Dubai-based Enjavi-Barbé Art Collection, which focuses on young artists from inside and outside Iran.

“Exposure to these collections gave direction to thematic thinking, revealing to the Assembly that their questions, ideas and lived experiences could be brought together and explored through the prism of the inner child and the experience of feeling small,” Rey said. .

“As the program’s curator-guardian who worked with the Youth Assembly on this experience, it’s fascinating to begin to identify that, while every human life is uncertain, we all certainly had a childhood, no matter how it turned out. took place. This childhood may well continue within our adult selves,” he added.

For example, artist Raheed Allaf from Saudi Arabia created “Shoofeeni”, a short experimental film installation in which she investigates a VHS tape from her third birthday, sparking a conversation between the filmmaker and herself younger.

“To see me, at three years old, proclaim that I am a Barbie by looking at my reflection was very revealing. I couldn’t help but think ‘wow, I’ve been holding unrealistic standards for three years?’ she told Arab News.

“I think it would be too early to start feeling the crippling pressures of womanhood. So I felt like dissecting it and creating a work where, in a way, I have a conversation with my younger self – hoping to approach self-reflection through literal musings.

Allaf’s film, as the theme of this year’s event, explored how the artist’s childhood and self-image building continue to affect his adulthood. The film deals with the performance of femininity but also asks questions, as the media invites us to do, about the identities of performers and directors, and how these roles have often become interchangeable in the rapidly changing digital landscape. of today. 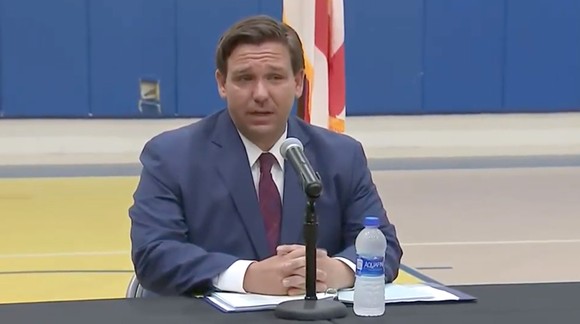