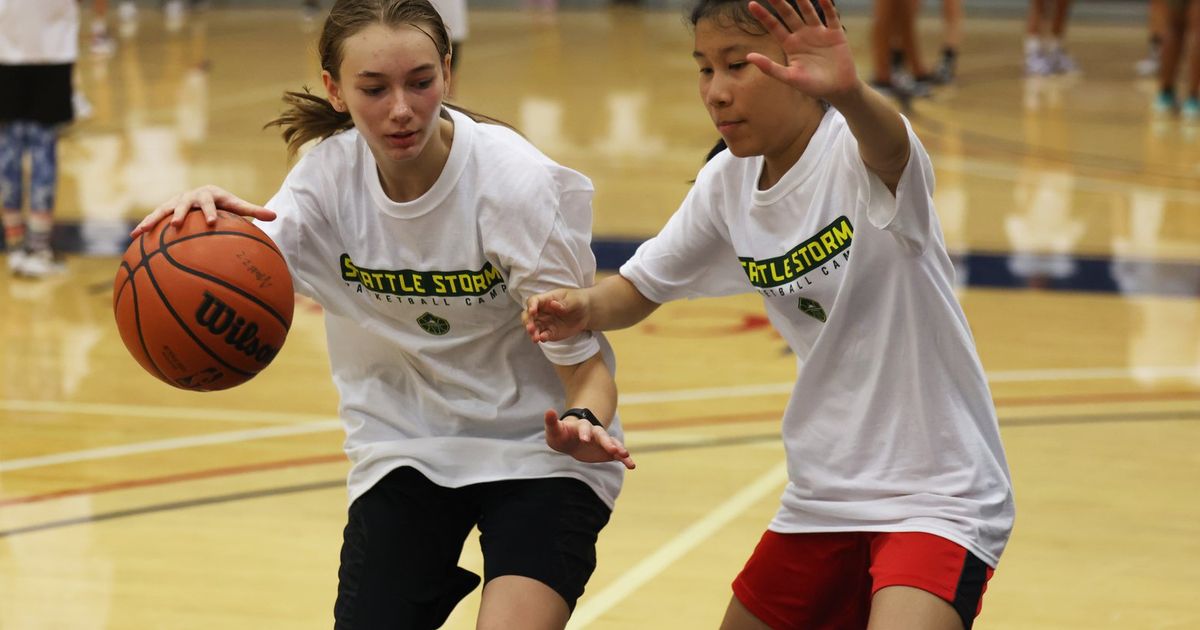 Last weekend, hundreds of campers and their families jumped some basketball barriers. Children have honed their hoop skills whether trying it out or falling in love with the sport.

It was loud before the NBA and WNBA stars even showed up.

With $500,000 in state funding, the new basketball equity program – launched by the Seattle Sports Commission and the King County Play Equity Coalition, alongside area partners – has removed some potential barriers between children and sports. Organizations came together to identify needs in the community and offer recommendations.

Several of these results were used last weekend. Each of the more than 200 children at the camp organized by the Give Back Foundation, a local nonprofit founded by Gonzaga guard Nolan Hickman, had their registration fees waived. Parents had to step back a long way to fit Hickman’s surprise guests, 6-foot-10 Paolo Banchero (Orlando Magic) and 7-foot Chet Holmgren (Oklahoma City Thunder), into photos with their 5- to 8-year-old kids.

Transportation has been identified as a significant issue in many households. On Friday, buses picked up campers in Tukwila and Federal Way for the Seattle Storm Youth Basketball Camp at Bellevue College. Everyone received a free lunch and snack to take away, while more than half of the 120 attendees received an entry fee waiver.

Halfway through a Washington Mystics sweep and about 15 hours from a tense 86-83 victory in the Storm’s playoff opener, guard Briann January walked into the Bellevue gymnasium under the cheers and congratulations.

January, 35, grew up in Spokane and is grateful for the summer camps that gave her exercises to take home. She dove Friday, tipping without waiting for instructions.

“I remember being quite a shy kid growing up. But those things really helped me come out of my shell and find my voice,” January said.

Jan noted that camps can get expensive. This can reduce valuable opportunities for children from low-income families.

“You might unlock something that’s going to affect them for the rest of their lives,” she said. “It’s an opportunity for them to experience things they’ve never experienced before. This could lead to who knows what.

Tyee Middle School student Savannah Johnson is already a big Storm fan and appeared in a tag team commercial with her sister. For her 11th birthday on August 7, she went to Sue Bird’s final regular season home game.

Johnson was thrilled to learn the Storm’s summer camp would resume after a two-year hiatus due to the pandemic.

“As soon as I walked in, I felt like I felt all the excitement,” Johnson said.

It was the first basketball camp for Tayvon Smith, also 11, who loves soccer but is giving another sport a try. He and his friend Zymiere Downs, 9, took the bus to Bellevue College from the Federal Way Boys & Girls Club.

Former Storm student Simone Edwards, who is battling rare and aggressive cancer, moved among the groups and later told how she was spotted at 16, a track athlete who had not yet heard talk about basketball. She answered questions from campers that ranged from what she eats for breakfast (fruit, sometimes porridge) to how many championships the “Jamaican Hurricane” has won with Seattle (the first, in 2004).

There was a wide range of skill levels, but Edwards encouraged his fellow laggards. She told them that their current situation did not dictate their future.

“I tell them I was that kid and look, I’m not that kid anymore,” she said. “Don’t compare yourself to others. Engage in what you want to do.

The next day, Bulldogs sophomore Hickman welcomed children from across the state to the Rainier Vista Boys & Girls Club. Campers have “gone crazy” for the top two picks in the 2022 NBA draft, Banchero and Holmgren, who stopped before the CrawsOver.

Hickman attended the Nike Elite 100 camp with Banchero, another Seattle native. Hickman said he picked up a few ideas and applied them to The Give Back Youth basketball camp, which went smoothly on Saturday under the watchful eye of his mother, Champale.

“She keeps him rock solid. Everything works,” Hickman said.

The turnout and response have Hickman looking to the future of his camp.

“Seeing the warmth on their faces, their excitement, their smiles, means everything to me,” Hickman said. “Not needing them to pay anything, I’m lucky to do that and get them out – that means everything.”

Other funding recipients include Compukidz Worldwide, Native Youth Rise Above and Schut Basketball Institute. The next phase of the Basketball Equity program rollout will focus on 3×3 festivals.

206-464-8245 on Twitter: @KateShefte. Kate Shefte covers the Kraken and other Seattle-area teams for the Seattle Times. 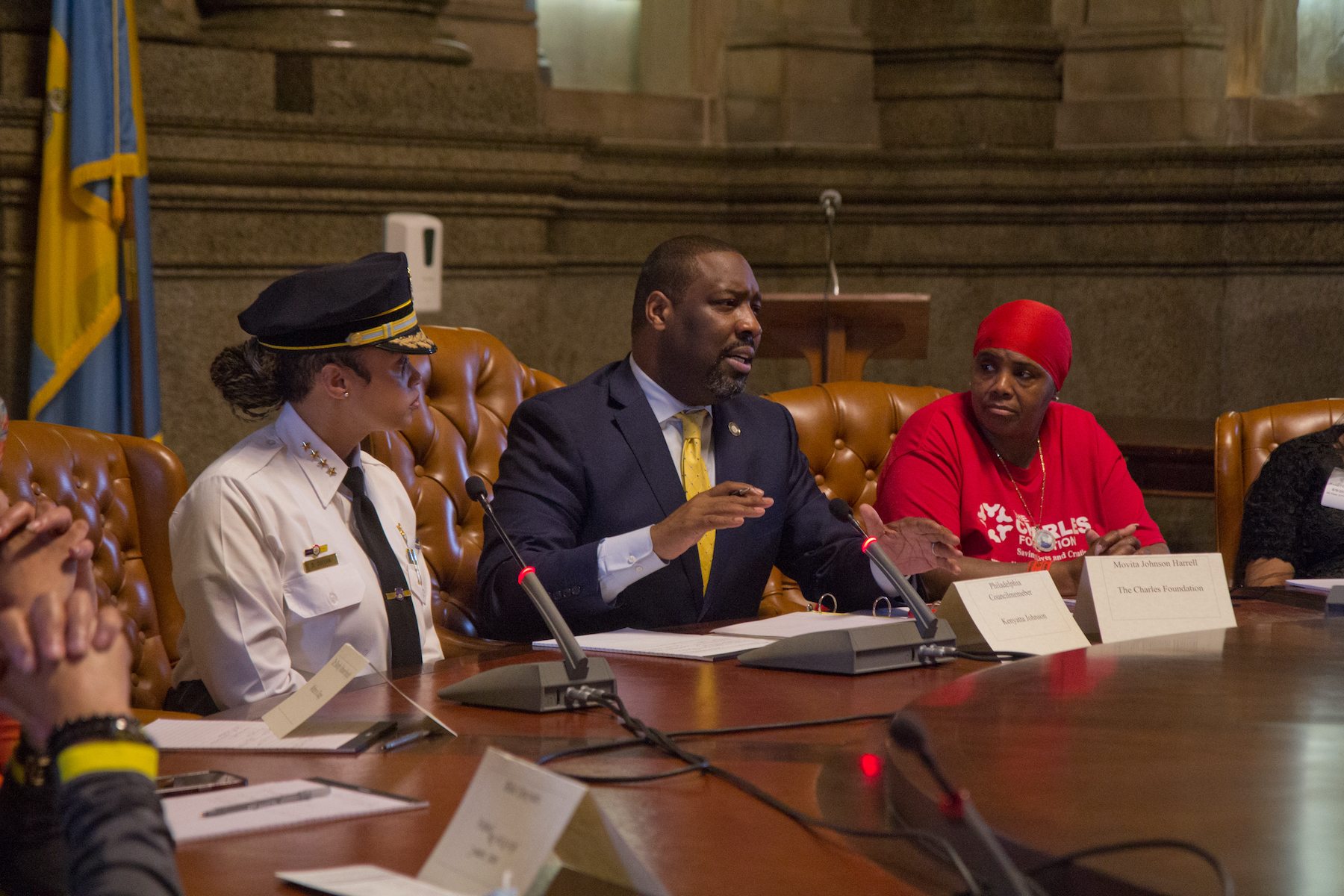 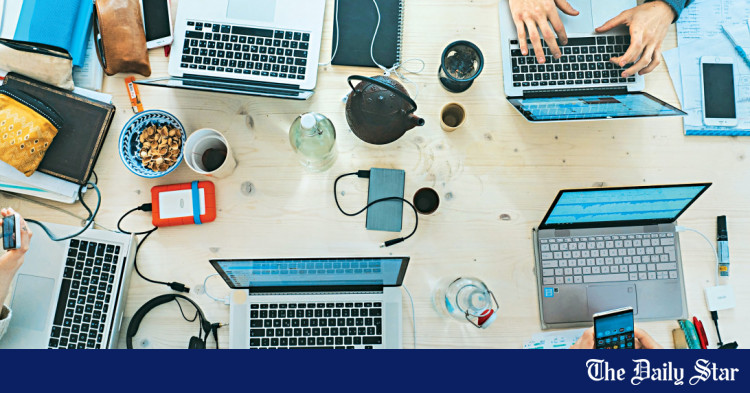 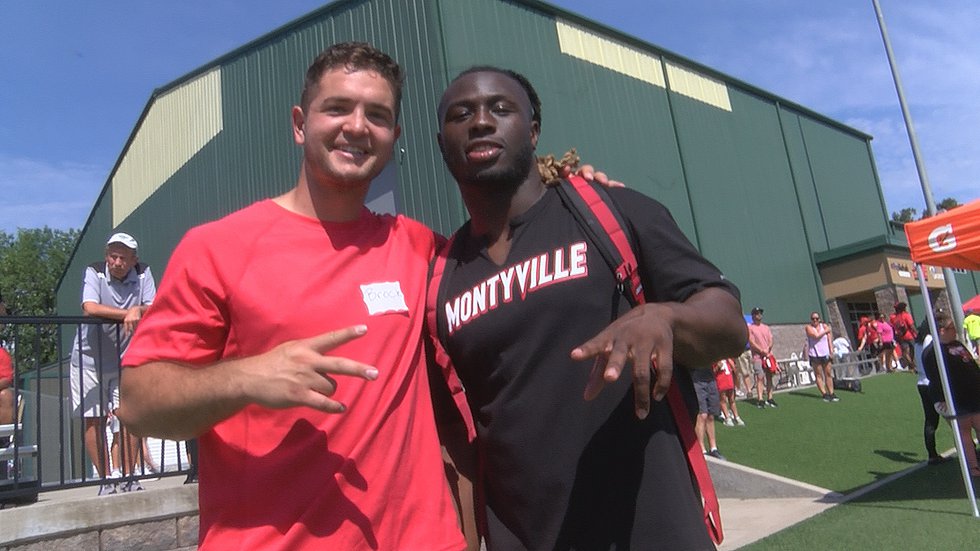