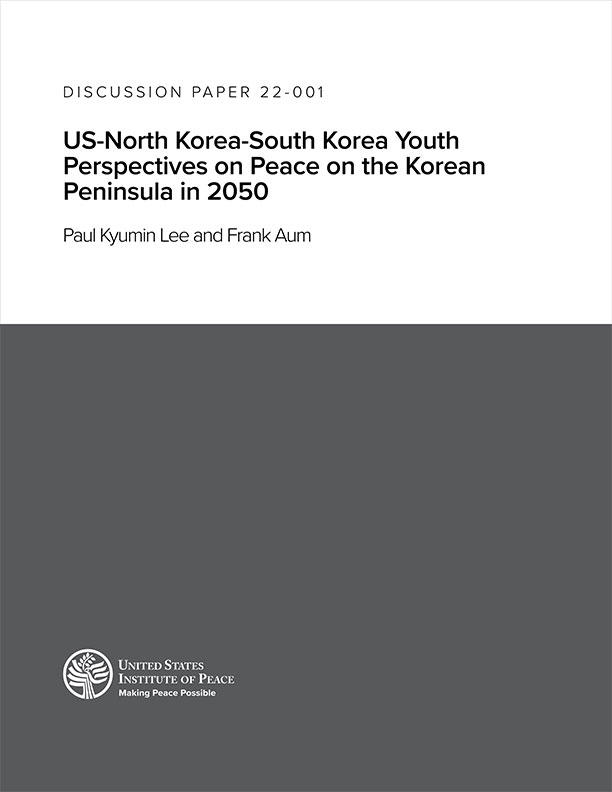 In January 2021, USIP hosted a three-day virtual workshop for youth from the United States, North Korea, and South Korea to share their perspectives on the vision for peace on the Korean Peninsula. Twenty-five university students and recent graduates (aged 18 to 30; nine from the United States, eight from North Korea, and eight from South Korea) participated in various activities that allowed them to share their views on peace and security on the Korean Peninsula, explore the conflict dynamics involved and generate ideas for potential solutions for each country. The interactive exercises encouraged participants to think creatively and critically about how to peacefully respond to the needs and interests of each country.

Participants’ assessments of historical events that shaped peace and security on the Korean Peninsula highlighted the different societies and educational systems in which they were raised. At the same time, their perspectives, overall, generally revealed a bias towards the centrality of their own governments’ actions, recent events rather than precedents, and the importance of high-level political commitments. rather than cultural or civil society. Exchanges.

Participants’ views diverged when it came to addressing each country’s needs and visions of peace. Participants exchanged different perspectives on the challenge of defining “peace” on the Korean Peninsula, the trade-offs between encouraging regime change in Pyongyang and maintaining regional security and stability, and sequencing the promotion of human rights. man, the achievement of denuclearization and the improvement of diplomatic relations. In addition, participants considered it important to distinguish the needs and interests of a country’s government from those of its people, and cautioned against considering any group – whether “Korea of the North” or “youth” – as monolithic and unified. Recognizing the gap between young participants’ views and those of their governments regarding the basic needs for achieving peace on the Korean Peninsula may be key to understanding this generation.

On the other hand, there was a virtual consensus of the three groups on the desire for better diplomatic relations between Washington, Seoul and Pyongyang; more stable and coherent communication and exchanges between officials and citizens of the three countries; and better access to information and understanding of the conflict for the population. Beyond these insights at the policy level, this workshop also provided an example of youth engagement through interactive virtual peacebuilding workshops with a focus on trust building and storytelling. The workshop revealed that given the lack of opportunities for young people in the three countries to hear and learn directly from each other, there remains great potential to continue and expand this type of programming, through virtual and non-virtual platforms.

Paul Kyumin Lee was Senior Youth Programs Specialist at the American Institute of Peace, where he worked to build the capacity of young leaders to build lasting social change in their communities and contribute to the field of youth, peace and security. Frank Aum is the Senior Northeast Asia Expert at USIP, where he focuses on ways to enhance diplomacy to reduce tensions and enhance peace and stability on the Korean Peninsula and in the region. .

This research was jointly funded by USIP Applied Conflict and Transformation Centers and Asia Centers, which are solely responsible for the accuracy and thoroughness of the content.