Space VR is located at 320 Alisal Road, Suite 104, Solvang, and is open by reservation only.

For more information and to make a reservation, visit spacevrsolvang.com or call 805-325-9769.

This column follows on from a previous article I wrote about teenagers who don’t have much to do here in the Valley. I decided to interview someone in the community who understands this issue – having children of his own who are directly affected – and who has decided to do something about it.

That person is Jamie Baker, owner of Space VR at Solvang, a virtual reality arcade.

Not only does Space VR already provide recreational activities for children and teens in the valley, but Baker has also been thinking about another company that will offer even more for all ages.

To start, I was curious to know what inspired Baker to launch Space VR and what his experience was while using it.

He opened Space VR four years ago for the same reasons I discussed in my previous column.

“We felt a void in fun/safe places for the kids to just hang out,” he told me.

Baker first came to Solvang in 1979. He wasn’t a parent at the time, but he felt like it was a wonderful place to be a kid. He therefore moved his family to Solvang 12 years ago.

“I’m a parent of three and I still think it’s a great place to raise a family, but most of the activities on offer are geared towards 21-plus,” he said. “Of course there are recreational activities and lots of sporting and agricultural opportunities for teenagers, but those are not the interests of my children. I have the children playing Shakespeare, Dr. Who, Sherlock Holmes and Harry Potter .”

The spark that ignited the idea and passion to open Space VR happened about five years ago when he walked into a virtual reality arcade with his son.

“My son tried the helmet on and it was like Willy Wonka had gone to Disneyland,” Baker explained. “His imagination was flowing, he was expressing ideas, giving constructive criticism to the owner. What I saw was that his light bulb went on. I saw him discover a passion for himself. These are great moments .”

Baker said that for the first two years after Space VR launched at Solvang, it was just a virtual reality location between Los Angeles and San Francisco.

“So we had people from south to Camarillo and north to Salinas driving and planning their day in Solvang based on Space VR,” he said. “And our customer return rate is very high. Some people have made more than 30 bookings in the four years we have been open.”

Space VR had planned “to tear down some walls and remove the ceiling and install a 220-seat theater that could feature films, live theater, presentations incorporating VR/AR technology, and conference forums” , but unfortunately, the pandemic posed an obstacle to starting this project, Baker explained.

“We’re going to be more like an arthouse movie theatre, and Space VR will just be called SPACE,” he said, noting that the company is named with an acronym in mind: “S for Science, “P” for Performance, “A” for Art, “C” for Culture and “E” for Education, which they will all try to honor.

The seats, he explained, will be real airplane seats with trays in the armrest that fold out, and wireless headphones will be used for audio. In addition, meals will be available alongside the film. “For example, if we show ‘The Year of Dangerous Living’, we’ll have Indonesian food; ‘Le feast de Babette’, we’ll have French cuisine; ‘American Graffiti’, burgers and root floats beer,” Baker said, noting that the theater can be rented by the public.

“The experience we’re trying to create will be like you’re going to the airport to fly somewhere new,” Baker said. “I hope the food, the film and the design of the theater will take you there and you’ll be back home sleeping in your own bed after traveling around the world for the day.

“Yeah, we know it’s different. You probably won’t find the latest Marvel movie here, but we’re not interested in competing with that,” he added.

Curious to know what he loves most about Space VR/SPACE and what excites him most about the future, Baker explained that he loves to travel, loves food and movies.

“Combining all three passions and trying to suspend your disbelief for a few hours sounds exciting to me,” he said.

As for the future, Baker said long-term plans for SPACE include hosting week-long film festivals — and possibly expanding the theater to three screens.

Personally, I look forward to what Space VR/SPACE will accomplish in the future, and am excited to report that more recreational activities are opening up for teens and children of all ages in the Santa Ynez Valley. 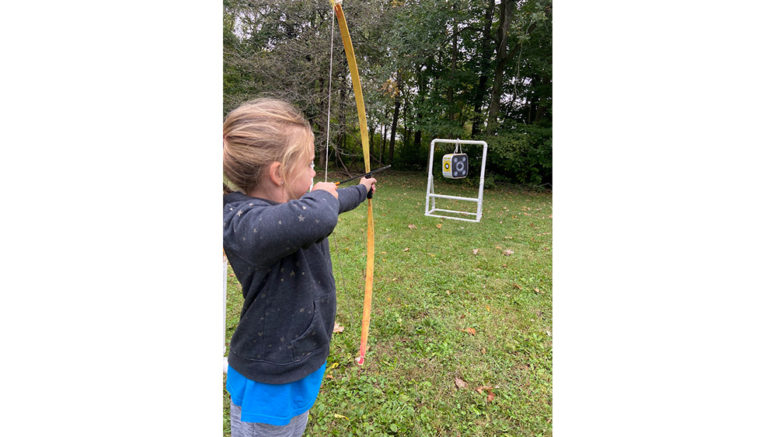