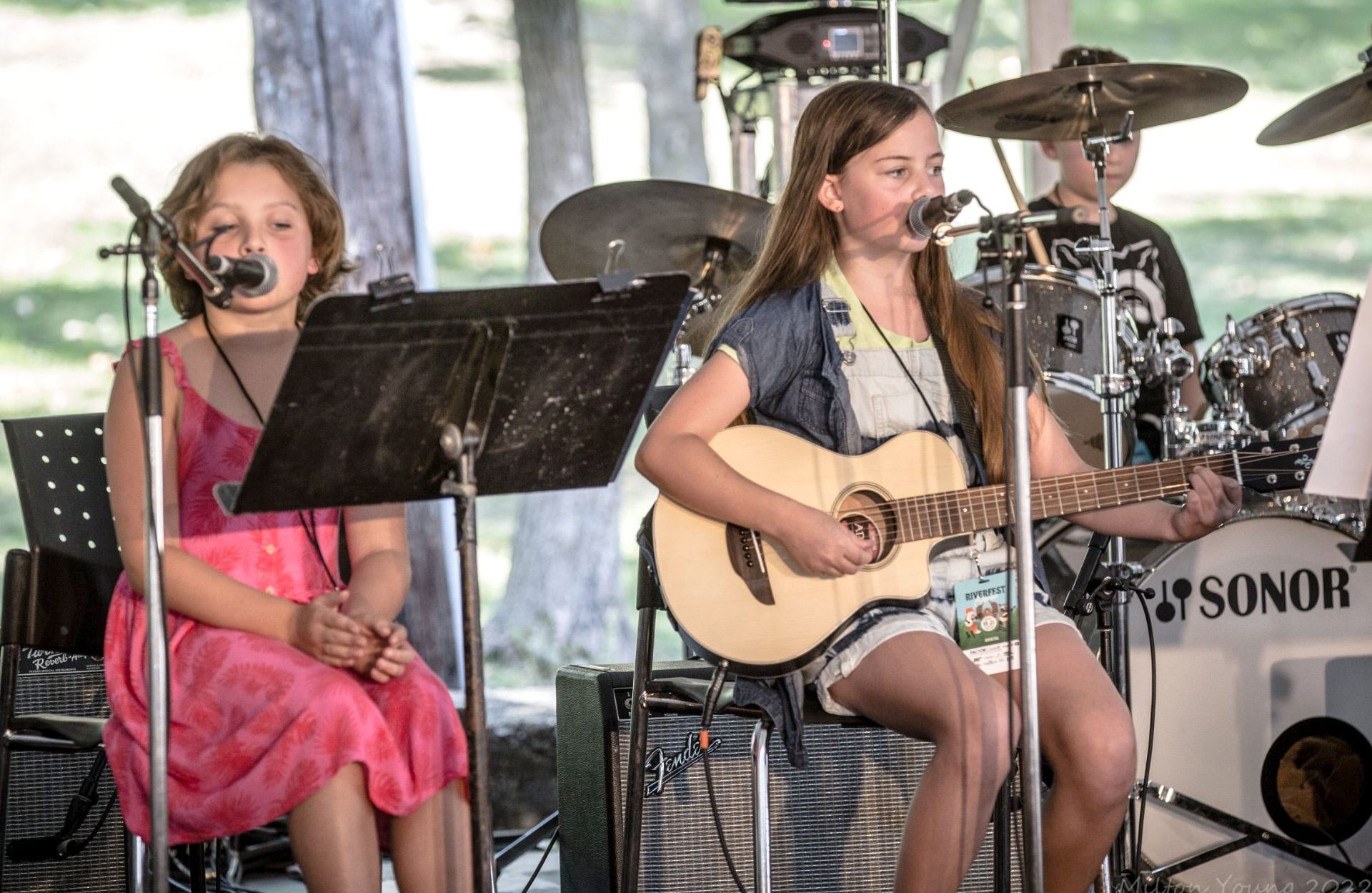 Students aged eight to 18 performed on August 19 in what has become an annual tradition for the music festival.

The school runs summer rock band camps where campers are placed in a band that they play with for the duration of the week-long camp, owner Adrian Jones explained.

At the end of the week, they put on a performance for friends and family, and then Jones brings the bands to Riverfest to perform.

“The thing is, these bands had been together for five days,” Jones explained. “They have five days of rehearsals, and there’s the band.

“But the thing is…whether they’re seven, eight, or nine, or 16-18, they’ve always managed to pull themselves together and be able to perform, which is pretty cool.”

Jones noted that he always divides students into groups that make sense for ages and skill level.

At this year’s Riverfest Elora, the school presented four bands, with two solo performers, one of whom was backed by Jones. Performances ranged from current hits to classic and 90s rock.

“Before camp, we talk to all the band members about a few song ideas and they come up with a few, then the band leaders, they recommend a few, and between them they decide on some songs that would work. fine,” Jones explained. .

Students aged 8 to 18 took the stage. Performances ranged from current hits to classic and 90s rock.

Summer camps ran in mid-July, Jones said, giving students about a month off before Riverfest.

“We usually get together and do a rehearsal between camp and Riverfest, just so they remember everything,” he said, adding that he encourages students to get together alone to rehearse before the festival. .

“The week they’re at camp, they rehearse eight hours a day – that’s full time,” Jones explained. “By the end of Friday, they’ve probably had close to 30 hours of rehearsal.”

Jones said it’s been great to be able to perform at Riverfest over the years.

“It’s such a fantastic festival, and it’s run so well,” he said. “I’m really happy to be part of it and to have my own little section for students.”

Jones said it was very special this year because the school had some of its former rock camp students play at the festival.

“So it’s really nice to see our students moving up the ranks,” he said. “They work really, really hard and they put together a band that ends up creating a buzz, they ended up playing Riverfest.

“It is very enriching.” 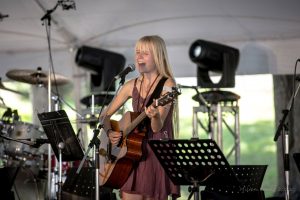 The school’s participation in Riverfest Elora has become an annual tradition.

As for how it all started, Jones said Riverfest organizers approached him about getting a spot in the festival to showcase young musicians.

“Since I was running rock band camps and school, it seemed like a good fit,” he explained. “They have always been very supportive of promoting and inspiring young musicians.”

While there’s always a lot of nervousness about performing in front of a crowd, Jones said the response from students has been great.

“For many of them, this is their first experience in front of a bigger audience and on a big stage,” he explained. “And there are a lot of nerves, but we’re doing our best to get through this.”

Jones also hosted an open mic at the Elora Brewing Company to encourage students to get out and perform. It runs on Sundays from 8 p.m. to midnight.

“Some of our students who feel comfortable playing solo, they put together little three-song sets, went out and performed and got their first taste of this kind of venue,” a- he explained.

As someone who was blessed with supportive teachers who guided him through his musical studies, Jones said it was “wonderful to be able to offer that” to the community. 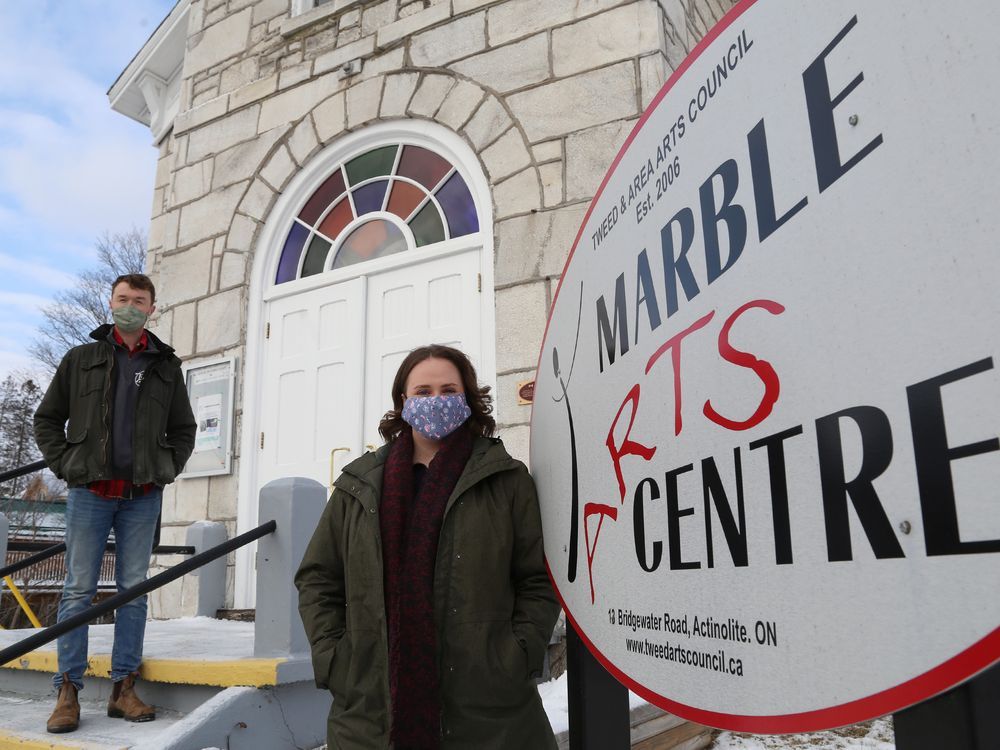