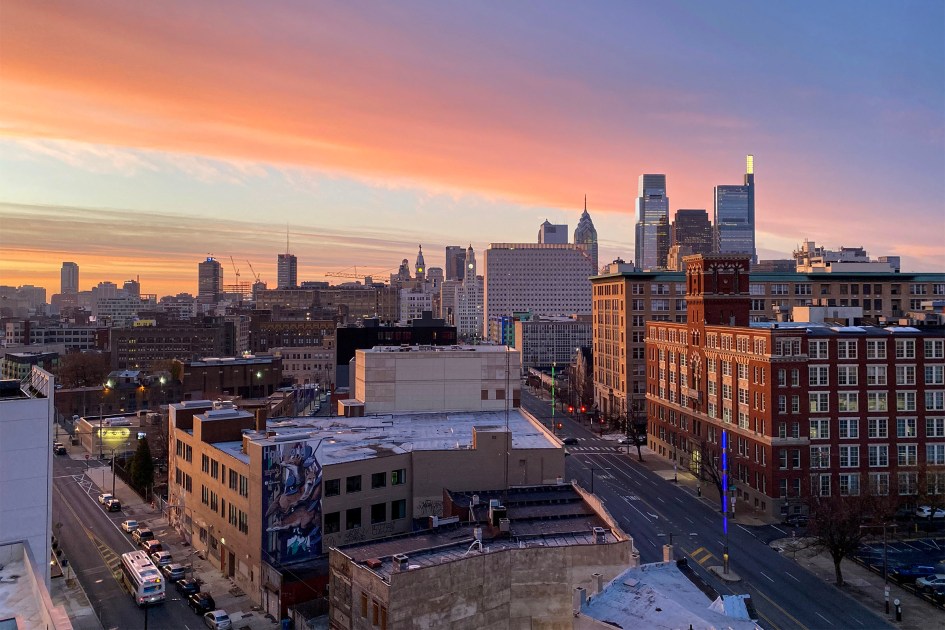 💌 Do you like Philly? Sign up for Billy Penn’s free newsletter to get everything you need to know about Philadelphia, every day.

When Freddie didn’t have a home to go to, he avoided as many stares as possible. He found abandoned buildings where he could hide out of sight and rest on the hard floors.

At one point, Freddie said, “I slept in the basement of an apartment building every night.”

He had participated in a housing program designed for young people aged 18 and over leaving foster care. But he said his periods were not allowing him to make any real progress.

“They wouldn’t let me work, earn money and still qualify for housing,” Freddie said. “It wasn’t just any kind of life. There was no way to improve things when I couldn’t work.

He left and got a job, only to find that it wasn’t earning him enough money to find accommodation. His experience is typical, advocates say: Like Freddie, at least 30% of young people who age out of foster care will experience a period of homelessness, according to national studies. Local organizations Valley Youth House and Covenant House, which serve at-risk or homeless youth, found that 36% to 46% of their clientele had spent time in foster care.

People aged 18-24 who end up seeking shelter do so by circumstance – not by choice, say advocates, as they get out of a bad situation and try to find a better one

Without a stable home, young people often “couch surf” if they can, sleeping with friends. Others, like Freddie, search abandoned spaces or use SEPTA trains to avoid threats such as sexual exploitation.

The phenomenon of how young people hide when they are homeless is so well known that advocates have devised many ways to find and count them.

“Getting an accurate count is critical,” said David Fair, longtime administrator of Family and Youth Services and co-chair of the Philly Homes 4 Youth (PH4Y) coalition, “because it determines everything else. in terms of budget and resources, to provide assistance.

The problem, according to Philadelphia youth advocates, is that the city’s office of homeless services isn’t doing a good job of counting.

The most authoritative tally in Philadelphia, they say, was done with the help of an outside agency more than five years ago. He found over 550 homeless youth in the city. The city’s official tally last year reported about half that number. Figures are not yet known for SST’s most recent effort to find young people without stable housing – known as a ‘point in time’ or ‘PIT’ – but advocates say it hasn’t been close to meeting industry best practices.

“It will be a big undercount,” said Liam Spady, co-chair of PH4Y, who has experienced homelessness himself and worked for two years at the Office of Homeless Services.

Spady’s former boss, OHS director Liz Hersh and her deputy director of policy, planning and performance management, MaryBeth Gonzales, have pushed back against the allegation. They acknowledged fewer people were dedicated to the project this year, but there were still “over 200 people” working on it, Gonzales said.

The dispute underscores the sometimes rocky relationship between Mayor Jim Kenney’s administration and youth advocates represented by PH4Y, a coalition of more than 30 youth-serving nonprofits, including more than three dozen individuals who have themselves experienced homelessness.

No commitment on federal funding for youth housing

Money, of course, is central to the issue.

The PH4Y coalition filed a detailed application with the OHS in January, asking that 20% of a $42 million federal relief package for affordable housing be allocated to services for young people.

The request included the outline of several specific plans: recruitment and identification of landlords ready to rent to young people; hiring additional workers to help young people find housing; the addition of funds for preventive services and rental assistance; and other ideas.

But the “no” from OHS officials came quickly, according to the co-chair of PH4Y Fair, who has been campaigning in the city for more than three decades.

“They told us, ‘You’re asking for 20% but young people are only 9% of the homeless in the city,'” Fair said. “And they know it’s an undercount.”

Gonzales and Hersh, the deputy and OHS director, said the tallies don’t dictate how city resources are spent. Their assessment that people between the ages of 18 and 24 make up 9% of the city’s homeless population is based on the age of people accessing departmental services, not the number of PITs.

Youth advocates counter that this method is not a valid way of estimating the true number of young people with housing problems, as young people often do everything they can to avoid accessing these services.

Freddie, for example, who asked that only his first name be used, said he resisted any help for months after becoming homeless because his experiences with city agencies had been “so bad”.

Deriving a tally from the number of people accessing city services “seems a bit backwards,” Dworsky said. “Who knows how many homeless youth the city misses using this approach? »

OHS is aware of “young adults’ reluctance to disclose their homelessness and access services,” a city spokesperson told Billy Penn, saying the office relies on multiple tools to determine needs and gaps within the community, beyond who receives services: “We regularly meet with people with lived experience, of all ages, while collecting the best data we can.

If OHS won’t agree to spend 20% of US bailout funding on youth services, what will that $8.5 million be used for?

The overall plan for the money is “still in draft form,” the city spokesperson said. Once accepted by HUD, the city will publish tenders in the development of several areas:

Now is the time for groups concerned about young adults to submit funding proposals, the city spokesperson said.

Keeping young people in or out of situations of homelessness also serves as an investment in the future, advocates note. According to research, it provides economic benefits to society, saving millions of dollars in downstream costs associated with physical illnesses, injuries, mental health issues, unemployment, continued homelessness and crime.

How many young people need services in Philadelphia? As the OHS prepares to release its latest numbers, it’s still a matter of debate.

Could this year’s tally simply have been ignored?

In August 2016, researchers at Chapin Hall set out to conduct a sort of benchmark PIT count in Philadelphia for homeless youth.

Adults without permanent residence, Dworsky said, often congregate in public places and make no effort to hide. A group like this can be found and counted by walking the streets, going to known hotspots and shelters. In contrast, “young people actively avoid hotspots” and make a greater effort “to hide their homelessness”.

This is one of the reasons Chapin Hall doesn’t actually recommend PIT counts. Instead, they suggest doing household telephone surveys with people 25 and under. The idea is counter-intuitive: to know the number of young people housed in a precarious way, you have to ask the people inside the stable homes?

The logic, however, is sound. “Young people are couch surfing,” Dworsky said, “and they stay with friends or relatives for as long as they can, before they have to leave.”

Five years ago, Chapin Hall worked with the Gallup polling service to conduct a national telephone survey, giving estimates that 4.2 million young people between the ages of 13 and 25 had recently been homeless.

Philadelphia’s tally of Chapin Hall the previous summer included youth street teams, made up of peers of the same age to build trust, who toured the city in multiple teams. At the same time, several “come and be counted” sites were created, inviting young people to a low-visibility public place, away from adults, where they could announce themselves, perhaps complete a survey and find out about other aid programs.

The tally yielded a result that is still cited by advocates as the best estimate: 569 people under the age of 25 are homeless in Philadelphia at any given time.

Best practices from this count informed subsequent annual counts conducted by Valley Youth House, but the pandemic compromised the protocols.

The count for fiscal year 2020, completed before COVID hit, uncovered 427 young people experiencing homelessness. Then last year, when the Office of Homeless Services started counting and the pandemic became a factor, the results dropped dramatically, returning a result in the 300s, almost half the number of Chapin Hall, worrying advocates that the true depth of the problem was obscured.

PH4Y advocates have criticized the OHS plan put in place for this year’s PIT as “divisional at best”, with only about two dozen workers dedicated to youth outreach – in recent years there have been more than a hundred specific young people “come and be counted”. Instead of about 300 in-depth investigations, only about thirty were carried out.

Gonzales, the deputy director of the OHS, dismissed the idea that the count was not accurate, while acknowledging that due to a surge of COVID at the time, the staffing was not “ideal “.

Youth advocates have asked City not to count at all, said PH4Y co-chairman Spady. “But OHS insisted on it.”

Gonzales acknowledged that because they did a PIT count in 2021, federal rules would have allowed them to skip it this year. But Philadelphia has pledged to conduct more regular counts, she said, to provide HUD with an annual flow of information.

Fair, the other co-chair of PH4Y, sees OHS’ reasoning as self-serving.

“It’s good for OHS to have an undercount,” Fair said, “because it minimizes the problem. And that’s the politics of it all. 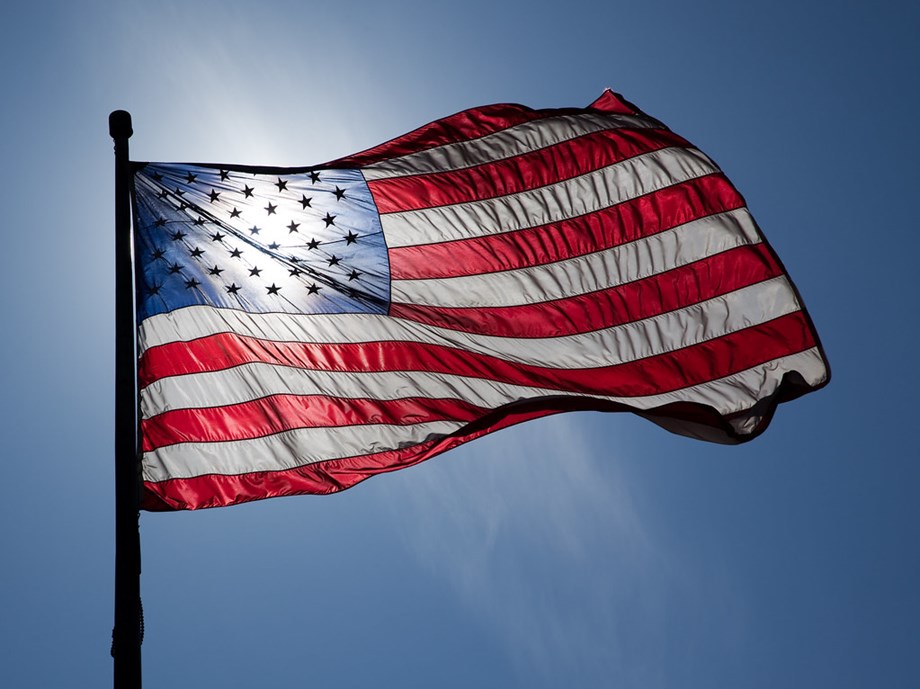