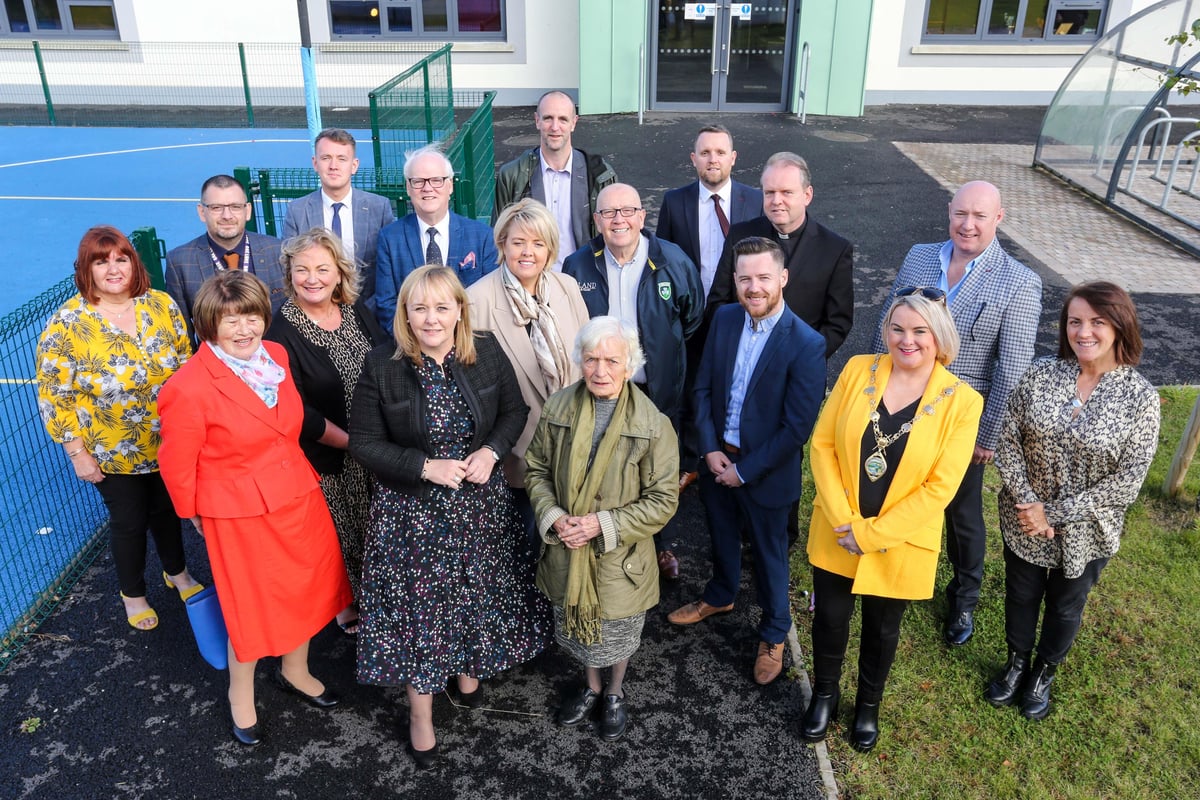 The £3.3million youth club was opened by Education Minister Michelle McIlveen in a ceremony at the club on Wednesday.

Speaking at the opening ceremony, the minister said: “This is a great day for everyone at St Mary’s Youth Club and for the whole community of Creggan. The new facility provides accommodation tailored to the needs of current and future children and youth in the area.

“It’s the 50th anniversary of St Mary’s Youth Club. I am confident that this newly built facility will continue to have a significant impact on youth work in the Creggan area for many years to come. This is a significant investment worth over £3 million, showing my department’s commitment to providing help and support to the youth voluntary sector. The Youth Club offers an important service, providing young people with a safe and friendly environment to meet and develop their individual skills. This in turn will enable young people to improve these skills within their local community and improve their educational prospects.

Michelle McIlveen, Minister for Education, with board, staff and local political representatives at the official opening of the new £3.3million St Mary’s Youth Club, Creggan, Derry.

“I would like to acknowledge the efforts of everyone who made this reconstruction possible, including consultants, architects, contractors and civil servants. I would also like to acknowledge the tireless work and dedication of Stephen Mallet, former Center Director of St Mary’s Youth Club, who helped bring this project to fruition.

Kathleen Doherty, President of the St. Mary’s Youth Club, gave a brief history of the Youth Club over the past 50 years. She said: ‘After we started building this estate in 1946 – that’s as far back as it goes – the red brick houses above St Joseph were the first to be completed. The site opposite and storage facilities were left empty on Beechwood Crescent. Father Mong, who oversaw Creggan before the church was built, secured it for the local boys. Girls were not taken into account at the beginning.

“The boys’ club flourished and it hosted social events; there were dances on Wednesday evenings, youth films on Saturday mornings and Sunday afternoons, and the community looked forward to the annual wobbly wheel, which ran for two weeks in December. These events made it possible to finance the various activities of the club.

“The youth center opened its doors in September 1972 with a staff of four full-time paid employees. It was a very difficult time in this area. The former Beechwood Boys’ Club was donated to the Boy Scout movement, which flourished in the 70s, 80s and 90s. Attendance fluctuated as parents became more cautious in the 70s and 80s, depending on what was happening in the area. Also, youth work tended to be seen by people at the time as just a way to keep young people off the streets. But it did more than that by providing a safe place for young people to socialize and participate in activities.

“The work continues to develop and expand and the links are well established to develop the work no matter what. We owe him much of the hard work of our former responsible chef, Stevie Mallet. Credit must also be given to the management committee of the time for its foresight and support for the work of the centre.

“We deeply appreciate the funding, which came from the Ministry of Education who facilitated the new build and the team who met regularly to review the build as it progressed.

“I would also like to acknowledge the work of the many volunteers over the years, since the beginning. Also, the local council and school authority, all of whom have supported this club in one way or another over the past 50 years.

Stevie Mallet said: “I grew up here and attended this youth club as a kid. A lot of things that I see young people doing today, we did when we were young in the 70s and 80s. For us, it wasn’t always easy. It was a tough time for us growing up here in the 80s. I often think of that movie Angela’s Ashes, where it’s constantly raining. In my eyes, we were constantly raided. The raids always happened at 4 am so we didn’t go to school. Education was not a priority for us.

“We had the club and we had the scouts and we had all the other little institutions. I remember watching a documentary with Mary Nelis, the mother of Donncha Mac Niallais, who we recently lost, where she said she was very excited to have a house in Creggan. She said, however, that she soon realized it was just a “desert of houses.” There was nothing else here. All the things that were put in place in the 70s were put in place by the community.

“The Ministry of Education and the church joined us to help us build this but, at the time and until the 90s, the Ministry of Education made us raise 40% of the money before giving us funding. So the people of Creggan paid almost half of the money to build this club. Our mothers and fathers were fundraising and putting money into it when they didn’t already had nothing. It’s our place and it’s always been our place. It’s in my DNA.

“It hasn’t always been easy and it hasn’t always been simple. We had to do our best in difficult times. The club has also gone through difficult times. We had to close for a while and a lot of us young people got a little jaded. The education was bad, there were no jobs, there were very few opportunities for us and a good number of us jumped ship for England. There was a huge culture shock there with people getting jobs and opportunities. There were boys getting jobs at the post office that they would never get at home.

“I remember coming back in 1991, I was away for three years and came back for the funeral of another friend we had lost. I was greeted by Kathleen Doherty who said they needed help in the club. We chased the scouts from the youth club for several years and it greatly benefited the community. At the same time we had difficulties with the building and ended up closing for two years .

“When it was closed, young people had nothing to do. This is a warning to everyone that youth work is so vital to a community. The youngsters imploded a bit and it turned out badly. It is extremely important that we continue to invest in this area.

“We tried to maintain some semblance of an offer for young people during the club’s closure. Luckily they managed to get money for a refurbishment of the building and we spent a year trying to do that. The first When I was employed by St Mary’s Youth Club it was in 92 or 93 we had gone with a group to the Ocean Youth Clubs we were stuck on a boat that none of us had been on for over a week for the next year we had camps and whatever else we could do until the club reopened again and then in 1994 to 96 we had a really tumultuous time because a lot of young people hadn’t been in the youth club and they were being accused of doing bad things and we were really trying our best to get the kids who needed it the most back into the club. We lost staff, staff couldn’t cope. It was a really tough time and it all grew out of the club being closed for two years.

“Kathleen Doherty came to see me in 1996 and told me that we had just lost our leader in charge. She asked me to keep the place for a month. It was 96. That month turned into two months, which turned into six months, which turned into a year, then two years. I had no education or academic ability and she broke my heart to go back to school. She supported me all the way. She has been the backbone of this organization and this community.

“We came together at the start of the naughties with participatory groups and young people and John Lynch was one of the first involved. The first thing he said was “we want a new building”. We had run around catching mice, fixing leaks and putting radiators back on the walls. For us, it has become our driving force. We applied for a grant from the Department of Education and they eventually gave us £250,000 to fix the roof. We applied again and they allowed us to do an economic evaluation. It was hard fought. We fought a bit more and eventually we ended up getting £3.3m.

“We started this process around 2002, we got a deal for a new build in 2012 and it took us that long to build that and negotiate the building we wanted and we’re still not done.

“One of the things the staff here keep thinking is ‘how do we create pathways for our young people?’ One of the first things we had to stop doing was criminalizing young people. We ended up sitting down with the police and coming up with the idea of ​​discretionary eliminations, where the police come to us before they bring the kids to justice and we try to get them back on track before the police come back three months more late. That works. In the 90s, we went from going to court three or four times a week to rarely being there now.

“We have young people who come here and go to do a variety of things; teachers, probation officers, social workers, contractors. But most importantly, what we’ve managed to cultivate is a population of young leaders in the city. You would struggle to visit a youth organization without a staff member who has not been through that organization at some point. »

Minister Michelle McIlveen then unveiled the new plaque for the opening of the centre, which will serve the young people of Creggan for many years to come. 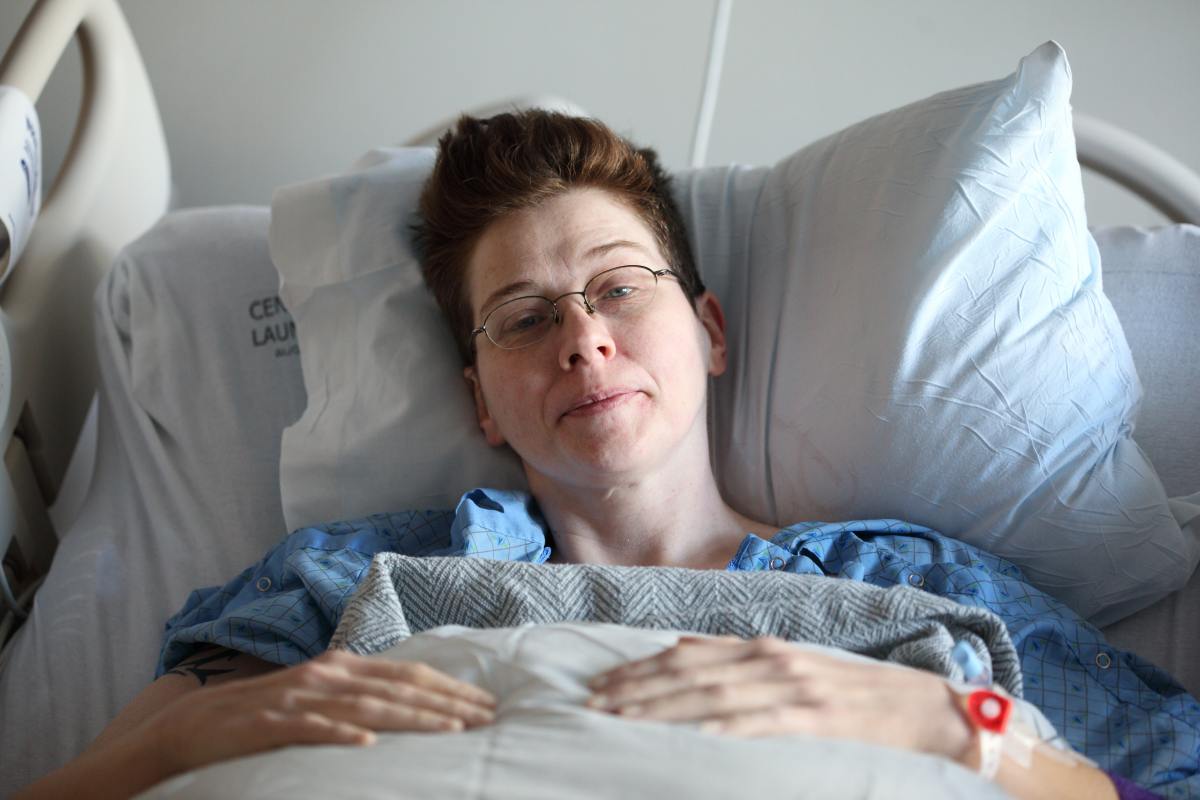