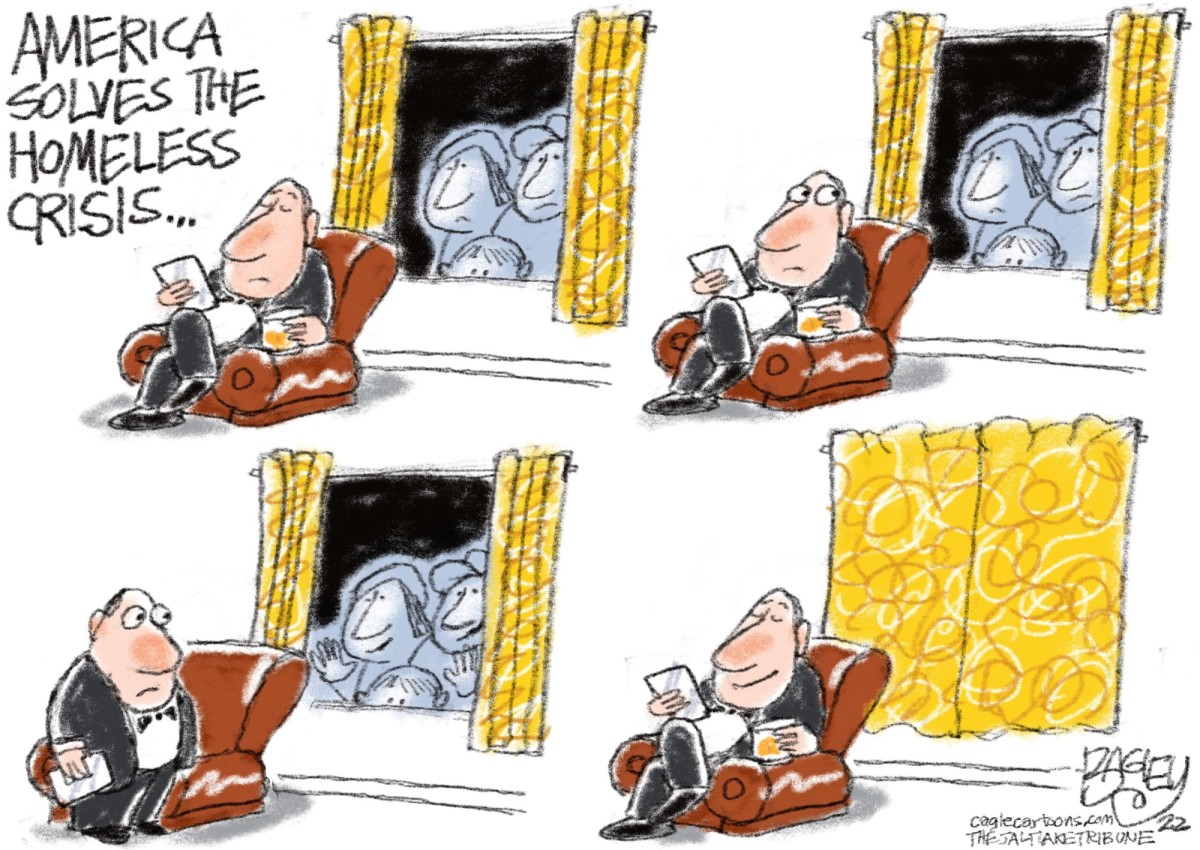 The numbers for homeless youth in Los Angeles County are grim. Statistics released Thursday estimate that more than 9,100 young people in the region lack a safe place to live. Grimmer is still behind the reason these young people, mostly of color, are homeless.

Nearly two-thirds of youth and young adults up to age 24 who became homeless in 2020 cited economic hardship as the reason, according to the Los Angeles Homeless Services Authority (LAHSA).

“Economic hardship is often the result of a number of structural failures, including racism and other forms of prejudice, lack of affordable housing, and poverty,” the agency states in May 2022. report, “Los Angeles Coordinated Community Plan to Prevent and End Youth and Young Adult Homelessness.” “The impacts of racism are pervasive in our community, and much of the economic hardship can be directly attributed to racism.”

In short, the reason many young people are homeless is racism. Prejudice is what has led to restrictive housing covenants preventing non-white people from living in many Southern California neighborhoods. This resulted in segregation, which resulted in the devaluation of properties in non-white neighborhoods, as described in this Los Angeles Times story quoted by LAHSA in its report.

The 128-page report details the plans of Los Angeles County youth service providers to address youth homelessness. The US Department of Housing and Urban Development awarded this regional group of government agencies and nonprofit organizations $15 million for HUD’s Youth Homelessness Demonstration Program. Los Angeles County was one of 77 communities nationwide, including seven in California, to receive this funding since the program began in 2016, to support community-based approaches to preventing and ending youth homelessness.

“It really motivates all of these different sectors to come together to see what we have and what we don’t have,” said Simone Tureck Lee, director of housing and health at John Burton Advocates for Youth, an organization in nonprofit that focuses on youth in foster care. care or who are homeless. “Where are the gaps? And where are the outstanding needs? I think the time has come. There is a lot of interest in addressing youth homelessness right now, compared to just a few years ago.

In total, the Los Angeles County effort involves 85 cities with a total population of nearly 10 million. Unsurprisingly, the region served by LAHSA has been divided into eight parts to make it more manageable. It also establishes that the needs of each distinct area are better targeted.

Los Angeles County and New York City, with the two largest homeless youth communities in the nation, were the only areas to receive $15 million from HUD. In Los Angeles, developing a plan to eradicate the problem involved working with young people who have personally experienced homelessness, as required by HUD.

“As part of the planning and implementation of this program, HUD and communities seeking funding have centered the voices of young people with lived experience of homelessness,” said HUD spokesperson, Shantae Goodloe, via email. “That has been an invaluable contribution to the success of this program.”

The multi-faceted plan aims to reduce homelessness by establishing better coordination between providers that connect young people to needed services; expanding emergency, short-term and permanent housing; and helping young people find jobs, among others. It includes strategies as simple as creating flowcharts showing young people where to go for help and working with local governments to secure abandoned properties for service providers. While the plan calls for ‘ending’ youth homelessness, the report acknowledges that gaps will remain even when fully implemented. He mentions seeking additional funding from municipalities and philanthropic partners.

Youth homelessness is often referred to as a hidden epidemic because young people frequently continue to engage in daily activities like going to school and hanging out with friends despite the lack of safe and stable housing. Often they don’t fit the stereotypical image that many of us might have of the homeless living on the streets or under freeway overpasses. This is why counting homeless young people is a challenge.

“Many [youth and young adults] in need do not interact with public institutions, which means that we do not collect data about them and therefore do not know how many there are,” the LAHSA report states.

Marisela Hidalgo, 21, may be among those not counted. She hopes to go to college, but says she is focused on her day-to-day work. She frequents the Eagle Rock library to brush her teeth and use the computers, sometimes perusing course listings at nearby community colleges, dreaming of becoming a graphic designer. She earns money from occasional stints holding signs to advertise businesses on the street.

“It’s just a struggle trying to find a place to sleep each night. Sometimes I think all day about this. Other times I know I can crash with friends or maybe stay in someone’s car that night,” said Hidalgo, who carries minimal personal effects in a backpack. back adorned with a Pokemon keychain.

Although Hidalgo is homeless, HUD does not necessarily consider her a homeless youth under her definition. They use a complex legal definition that generally does not consider people homeless if they are “couch surfing” (sleeping on someone’s couch), even if that lifestyle is unstable. These are issues that have real consequences for people like Hidalgo, who says she became discouraged after being fired from a youth center that receives funding from HUD.

Lack of resources and overwhelming needs are forcing youth service providers to make difficult choices in prioritizing who they serve. However, “Even young couch surfers still struggle to support themselves – to a degree comparable to their unprotected peers,” according to one study published in the Journal of Adolescent Health in January.

The study found that youth of color and those who identified as LGBTQ, fleeing abusive situations or self-harming were more likely to frequently move from one precarious housing situation to another. The HUD definition allows couch surfing for some people facing imminent violence, but Hidalgo’s case suggests some are not receiving the services they need to access stable housing.

The definition of homelessness is important because it determines who is eligible for HUD-funded programs. Even the Government Accountability Office disputed the lack of a consistent determination of homelessness, as it made clear in its November 2021 report. report “Youth Homelessness: HUD and HHS could improve coordination to better serve communities.”

This report noted that HUD guidelines instruct homeless care providers to prioritize those who are chronically homeless, but most young people have not been homeless and disabled for a year or more. The question is particularly crucial in Los Angeles given the diversity of communities that make up the population.

What would it take to change HUD’s homeless counting method? An act of Congress, it turns out.

The latest US jobs numbers show robust growth, with employment for most people returning to pre-pandemic numbers. But the most needy among us need more than a job. The LAHSA report indicates that racism is a cause of declining incomes and lack of accumulated wealth among non-white residents. The racism that embodied itself in immigrant bias, redlining, sunset cities, and white flight from places like South Los Angeles.

We don’t often talk about racism as the root cause of youth homelessness, but its pervasiveness is clearly having an insidious impact. “From poverty and costly health conditions to intergenerational trauma associated with substandard living conditions and increased interactions with police, the blatant consequences of structural racism are a clear driver of economic hardship for YYA (youth and young adults) in Los Angeles County,” the LAHSA report said.

Programs offered under the $15 million project are tentatively set to begin Oct. 1.

It would be easy to fall into the trap of believing that youth homelessness, as vast and multifaceted as it is in Los Angeles County, is an intractable problem. But government officials should take advantage of the energy and ideas generated in this latest effort to address youth homelessness. Even if it takes an act of Congress.

This article was originally published on Capital and principal.