William Wesley’s life was spiraling out of control. It was 1993 and he had a good job as the manager of a consumer electronics company, but he was drinking to excess. He used drugs. He was a “bad partner in a bad marriage”, as years of depression and frustration had taken their toll.

Despite the outward appearance of success, Wesley felt envious and resentful of those more successful than himself. Clearly, something was missing in his life.

After an evening of partying, Wesley arrived home feeling lost and miserable. Emotionally and spiritually drained, still dressed in his work clothes, he collapsed on his bed in tears. Then he asked God for help.

Somehow, something clicked and Wesley’s life changed the next morning. He recognized the things he feared and the mistakes he had made, and slowly he felt his inner numbness being replaced by an appetite for life.

“I felt touched, like everything was lifted,” he said.

After a stint in rehab, Wesley began to rebuild his life. He earned a master’s degree and law degrees and began his career as an author and financial coach.

Above all, Wesley was determined to give back. In an effort to become “a better William Wesley than before”, he focused on helping young people from underprivileged backgrounds, such as his own childhood in San Francisco’s Hunters Point neighborhood.

One day at an Oakland A game, Wesley watched a group of young kids talk about how great it would be to become a professional athlete. They’re going to hit a pothole if they think that’s going to happen, Wesley thought, so he wondered how to combine these kids’ attraction to sports with the need to build good academics and citizenship.

In his book, “Full Life Balance,” Wesley describes how, in the late 1990s, he enlisted the cooperation of the Oakland Unified School District, Oakland A’s, and Golden State Warriors to launch the program. Stadium Scholarships, which recognized and commended good students. in person at a professional sporting event in Oakland. The program has shown young children that it can be cool to be successful in many areas, not just sports.

Wesley said his program has given more than 250 stadium scholarships to exceptional kids in the Oakland public school system, but that’s not the end of the story.

When he moved to Green Valley in Solano County in 2005, Wesley continued his efforts to convince the children to pursue solid studies and education with the help of Tara Dacus, a woman he called “really a angel”.

In 2014, Dacus became president of the Rotary Club Fairfield-Suisun. She and Heather Sanderson of the Fairfield Police Activities League met at Mimi’s Cafe in Fairfield to brainstorm ideas for helping children from disadvantaged backgrounds in the area.

“In our minds, Heather is an all-around saint, dedicating her life and sometimes her safety to the disenfranchised youth of our community,” Dacus said, unknowingly conveying Wesley’s compliment to herself.

After visiting the Police Activities League Youth Center, Dacus and two other local Rotary club presidents agreed to sponsor and help navigate students for two years at Solano Community College. This was the start of the Rotary Success Scholars program, sponsored and funded by Rotary clubs Fairfield-Suisun, Cordelia and Fairfield-Suisun Twilight.

The initial program supported students with books and tuition, a laptop, food stamps, $10 for each day they attended classes and a bus pass, Lovell said.

Wesley, a club member since 2013, has joined the Rotary Success Scholars program. Wesley and Dacus talked about offering not only financial aid for education, but also advice and support from club members – “champions” for students or “scholars”.

“It was a life-saving program, and I became a supporter and a champion,” Wesley said.

Rotary Success Scholars are selected based on recommendations from the Fairfield Police Activities League and area high schools. Rotarians interview applicants and explain program expectations. “They have to go to school, attend four Rotary meetings a year to tell us what’s going on with them, and communicate with their sponsor,” Wesley said.

One of Wesley’s earliest researchers was Jermaine Tilson, a young adult who grew up in foster care and was sleeping under a bridge when he signed on to the program. He had been afraid to ask anyone for help.

“William surprised me,” Tilson said. “He told me it’s always good to ask for help. And you don’t have to share your dreams with anyone.”

The dream Tilson was afraid to share was to become an artist and earn money doing it. He is now an active artist, specializing in abstract art and murals. His work is available to view and purchase at https://jcrux96.com/, and he has a solo exhibition opening at 7 p.m. Saturday at TEX Gallery in Sacramento that runs through May 21. .

Dacus said Tilson became a keynote speaker at Rotary functions and spoke to the state Legislature about fixing the foster care system.

Bernardo Ortega also completed the Rotary Success Scholars program. Ortega, his brother, and sister were all in college at the same time, and being selected for the program took much of the financial burden off his family.

“The program also gave me the opportunity to see what else was out there,” said Ortega, who wasn’t sure what he wanted to do with his life.

“She urged me to keep going, to keep moving forward,” Ortega said of Lovell, her champion. “As a result, I met a lot of new people.”

Ortega graduated from UC Davis in 2019, pursued postgraduate work at San Francisco State, and is now a renal dietitian at DaVita, an international healthcare company.

Dacus credited much of the program’s success to Wesley, who named and improved the program. “It grabbed his heart,” she said. “He is a man of action and he wants to make the world a better place.”

“We can change the world,” Wesley wrote in his book. “I just believe that because of our history – the sacrifices that have been made for all of us to be here today – it is our responsibility to do what we can to establish our own legacy of good deeds.” 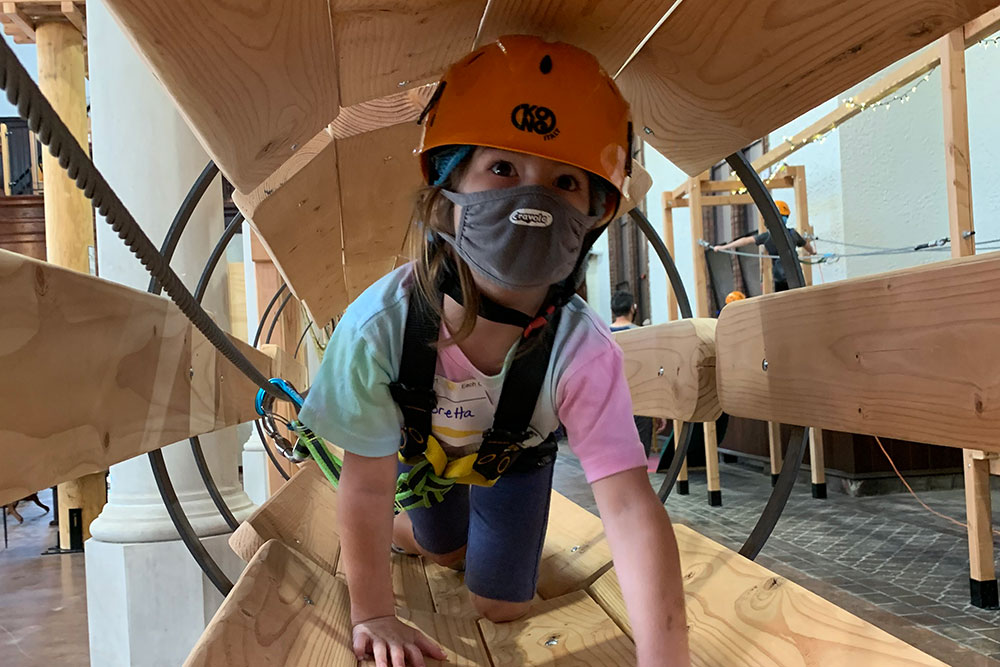 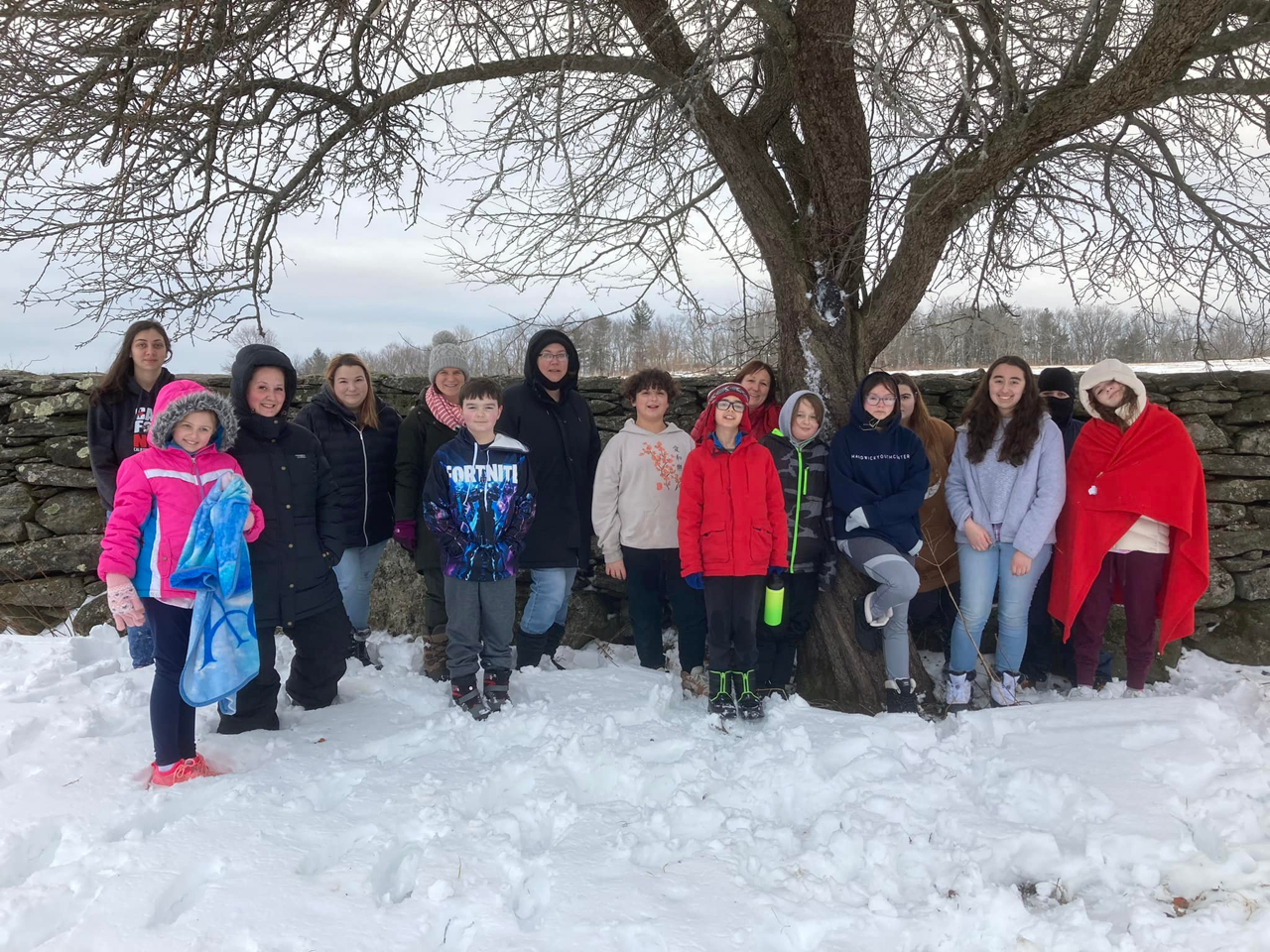