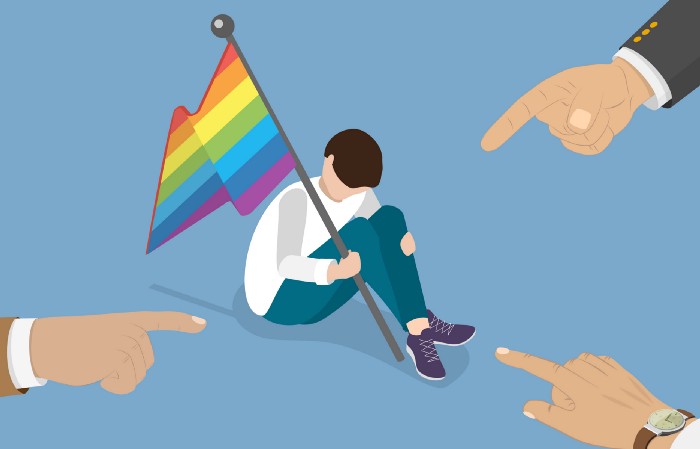 By Mark S. King | BALTIMORE – This is really big news. Pay attention. The latest twist in the Staley v. Gilead lawsuit could signal very bad things for Gilead Sciences and Janssen Pharmaceuticals. As the case progresses (a jury date is set for March 2023), it could potentially cost Big Pharma billions of dollars in profits that the lawsuit says are the result of illegally shaking people living with HIV and our insurers.

In this new exclusive interview with My fabulous diseasemain applicant and Peter Staley, HIV activist breaks down the latest legal developments, and it doesn’t hold back on the juicy details — including why the proposed removal of one of the pharmaceutical defendants actually helps the activists’ trial.

The case is an exciting example of what happens when HIV activism takes its fierce ingenuity from the streets to the courtroom. The ramifications could even extend beyond HIV and apply to people taking expensive drugs for other illnesses.

Let’s run through the basics of the lawsuit and get Staley’s take on what it all means. It can be a wonky trick but it’s worth it. We all have skin and dollars in this game.

Private deals between Gilead, Janssen and Bristol Myers Squibb, hidden from prying eyes until recently, have reportedly sought to keep the cost of HIV drugs to around $40,000 per year per patient, even after drug ingredients.” combo” (pills containing more than one drug, sometimes made by different pharmaceutical companies) has become generic, which usually makes the drug much cheaper.

“This whole thing is about contracts between pharmaceuticals regarding these generics,” Staley explained. “Deep within these contracts is language that prevents generics from entering combination pills. If any of the drugs in the combo go generic, the companies have agreed not to use the generic version of the combo. That’s what the whole thing is about.

The lawsuit accuses the pharmaceutical companies of colluding to exclude generic ingredients from the combination pills, thus keeping HIV drug costs around $40,000 per year per patient. I won’t bother adding “allegedly” every time I tell you about Big Pharma’s shady behavior. When it comes to Big Pharma, it’s a no-brainer.

By the way, there are two mirror image trials, the second being a “copycat” trial with different plaintiffs involved. For simplicity, we’ll focus on Staley vs. Gilead, the main suit in this fight. Among the plaintiffs alongside Staley are fellow HIV activists Gregg Gonsalves, Brenda Goodrow, Andrew Spieldenner, Robert Vázquez and Jason Walker, as well as other consumers.

Last week it was announced that one of the defendants, Bristol Myers Squibb, had offered to settle his part of the lawsuit for $10 million. Media reports left the impression that this was the beginning of the end of the trial, and for a small price at that. Nothing could be further from the truth.

First, Bristol’s settlement must be approved by the judge in the antitrust case. It hasn’t happened yet. But more importantly, the proposed settlement plays into the hands of Staley and his team by isolating the other defendants, Gilead and Janssen, who have much greater financial exposure.

And get this. The proposed settlement was not even Bristol’s idea.

“We went to Bristol to suggest a settlement,” Staley revealed. “There was very little responsibility left for them”

Why? Because Evotaz, the Bristol drug implicated in this case, is an older HIV drug that very few patients are still using. The $10 million settlement would reimburse co-payments spent on the Bristol drug that would have cost significantly less had the generic component been used. (The lawsuit can only seek damages for the past five years, due to the statute of limitations for antitrust cases, Staley noted.)

But Staley isn’t as interested in the money as the other terms of the proposed settlement. And those conditions are far more worrisome for Janssen and Gilead, the other defendants. Of all newly diagnosed HIV-positive patients, 90% will start a treatment regimen that includes a Gilead drug. Their exposure in this trial cannot be underestimated.

As part of their settlement agreement, Bristol would waive its secret agreement with Gilead, allowing the use of a generic in their combination drug. Even though Bristol has released a boilerplate statement denying any wrongdoing, blah blah blah, their settlement proposal breaks the old secret agreement and reimburses those who suffered financially. Actions speak louder than words, and those actions say a lot.

“We never started this business for money,” Staley said. “We started this case because we exposed this illegal pharmaceutical practice. By forcing Bristol to walk away, it tells the world and the judge that one of the main defendants knows that this deal between them was not kosher.

“Bristol just threw Gilead and Janssen under the bus,” Staley added, “and they said, ‘you’re on your own.'”

How the trial could go from here

“Big Pharma conspired to keep cheap drugs out of reach of patients whose lives depended on them and bled them for tens of thousands of dollars when cheaper drugs could have been used in their combination pills.”

This is how the case could be explained to a jury, in a single sentence. Just try to justify this behavior, Big Pharma.

Almost all antitrust cases are settled the week before trial and usually after every strategy on behalf of the defendants to end the case has been attempted. Pharmaceutical industry lawyers have already tried to have this case thrown out more than once, but the judge let it go. It’s real, people.

The sweetest part of any settlement proposed by Janssen and Gilead is that they cannot settle without the approval of Peter Staley and the other militant plaintiffs. Big Pharma has to go through activists if and when they want to set up shop. That fact alone gives me hot tingles all over.

A potential settlement from HIV pharma giant Gilead, for example, could cover reimbursement for the last five years’ co-payments on some of the most widely used HIV drugs, not to mention any future profits they might otherwise have had. perceive. It’s not millions of dollars, or even hundreds of millions. This represents billions of dollars in savings for patients.

“All of these contracts will have to be rewritten,” Staley said. “The new contracts should ensure that whenever a drug involved in a combination pill goes generic, a combination version will be cheaper than the all-branded version. Now if you were Blue Cross, for which version of the combination pill would you pay?”

Soaking Big Pharma for damages due to their shameless greed and contract shenanigans would be satisfying, but there’s an even better outcome that speaks to the future of HIV treatment itself.

“Monopolies kill innovation,” Staley warned. “We had massive innovation in the 1990s, including the advent of multi-drug therapies, which began to save lives, and new classes of drugs like protease inhibitors were developed. In 2005 we had over 30 anti-HIV drugs on the market, plus a new class called integrase inhibitors.

The problem was that Big Pharma got fat and happy and sat on its corporate research butt while it held the patent for these new treatments, changing formulations here and there to extend the patents but not inventing nothing new. Then, when drugs had to go generic when patents expired, defendants began to bundle pills and sign these shady contracts to prevent generic formulations and keep profits high.

“What innovation,” Staley asked, “has happened since 2005? Nothing. Except this year we finally got a one- or two-month long-acting treatment, but that technology has been around for years.

In other words, if this lawsuit destroys the gravy train that Big Pharma has been riding all these years, they’re going to have to get really innovative if they’re going to make that kind of money in the HIV market again.

“Economics 101 says innovation is the only way to get a higher price,” Staley said.

Imagine what Big Pharma could come up with if they were forced to innovate again. Maybe they would develop much longer-acting drugs or, God forbid, a real cure for HIV. Our capitalist system would reward them generously for this.

Example: Hepatitis C regimen went generic ten years ago, ending huge pharmaceutical profits and forcing them to find something better. Gilead’s answer was Sovaldi in 2014, a real cure for hepatitis C that eclipsed previous sales records. Sovaldi raked in $2.27 billion in sales in the first three months of its availability. $2.27 BILLION.

If Big Pharma wants to make money in HIV again, maybe they should stop trying to illegally corner the market and invent something new.

The impact of this trial beyond HIV

It would be naive to assume that the type of backroom deal Big Pharma is cooking up for their HIV combination pills is limited to their HIV portfolio, don’t you think?

You can bet your bottom dollar that once this lawsuit is settled, Staley & Company will start looking at other deals the pharmaceuticals have with each other. God knows what could happen.

Meanwhile, in March 2023, a jury might wonder if Gilead and Janssen were so monumentally vile that they deliberately kept affordable drugs out of the hands of people who depend on them for their very lives.

“We’re hosting a jury,” Staley said. “We are very confident in explaining this case to them.”

MARK S. KING is an award-winning blogger, author, speaker and HIV/AIDS activist who has been involved in HIV causes since testing positive in 1985.

King was named the 2020 LGBTQ Journalist of the Year by the National Lesbian and Gay Journalist Association (NLGJA). My Fabulous Disease won the 2020 GLAAD Best Blog Award after five consecutive nominations and was named one of OUT Magazine’s “OUT100” of 2020.

The previous article originally appeared on My Fabulous Disease and is republished with permission. 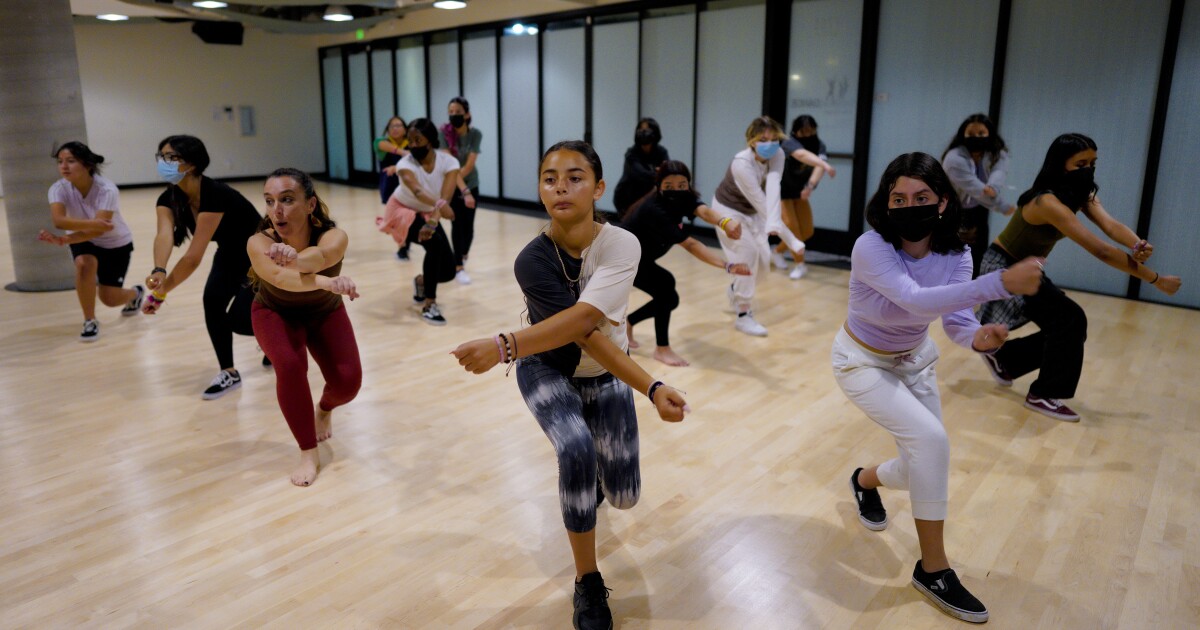 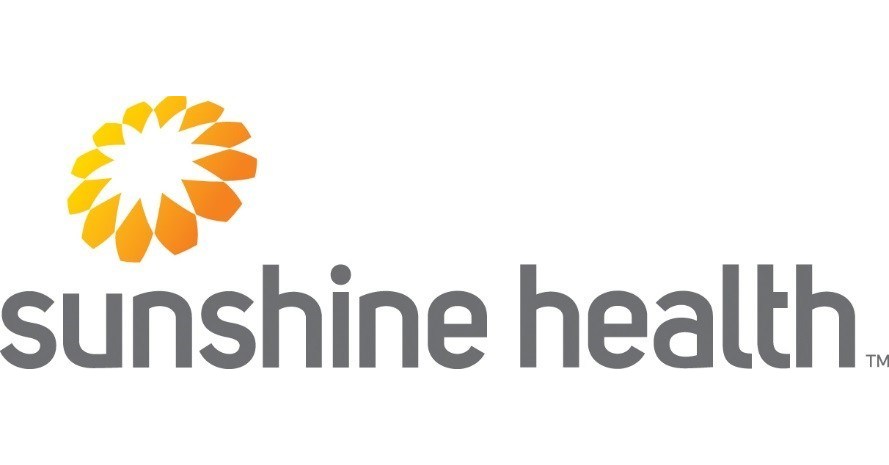