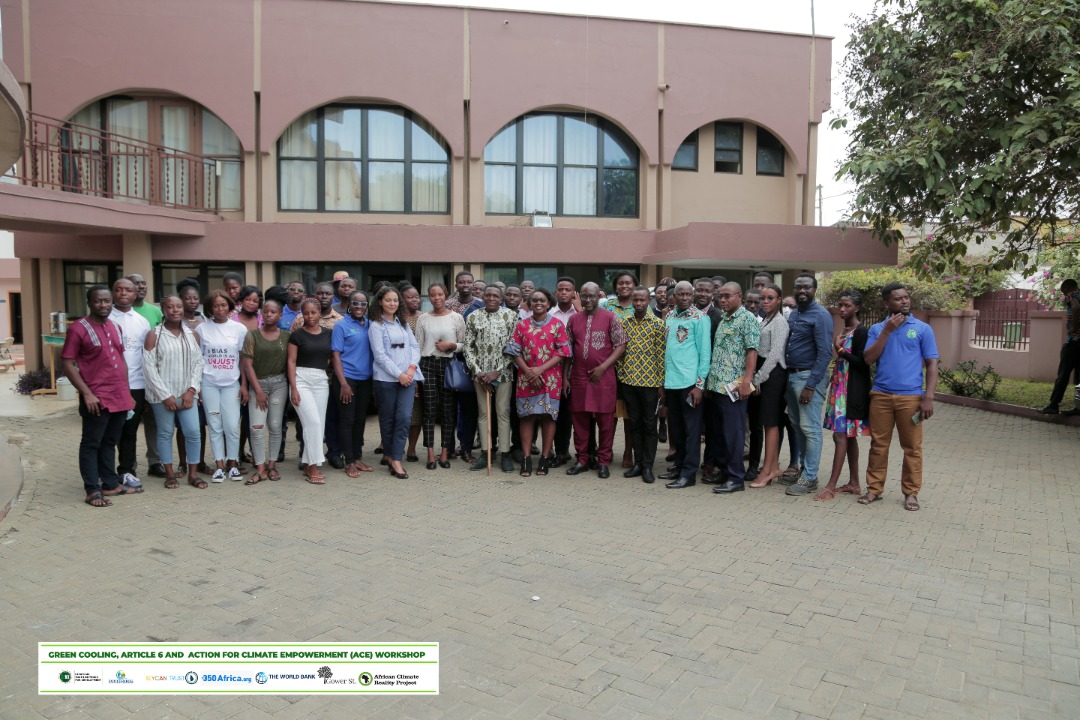 The benefits of reducing global warming go beyond a healthier planet. The ripple effects go down to affect the economic empowerment of a people.

In a country like Ghana with a worrying youth unemployment rate, the Environmental Protection Agency (EPA) sees climate action as a way forward.

As experts predict a warmer earth in the future, there is a need to start preparing the minds of Ghanaians for a time when refrigerants will become a priority to repel the heat.

Based on this, the Environmental Protection Agency has pledged to ensure that only natural refrigerants will be used in the country.

This was raised during the workshop on Green Cooling, Article 6 and Climate Empowerment in Accra.

The 2-day workshop organized by the Strategic Youth Network for Development (SYND) brought together stakeholders including experts, activists, EPA, government officials and entrepreneurs who shared ideas on the subject.

During her presentation, the Program Assistant for the EPA’s Climate Change and Ozone Unit explained that devices such as energy-efficient air conditioners will help improve ventilation during heating while reducing emissions that contribute to global warming. climatic.

According to Paulynn Pappoe, the EPA proposed these measures as part of its Green Cooling initiative.

Most of the country’s air conditioners and refrigerants are currently responsible for a large portion of GHG emissions due to their low efficiency levels and high GWP gas leaks that deplete the ozone layer.

Essentially, the concept recognizes the importance of exchanges between technology providers and users in promoting green cooling technologies.

According to Ms Pappoe, this is the window of opportunity that many young minds in the country must explore to put money in their pockets while saving the planet.

“Young people can also get involved in this practice, which is a promising sector,” she said on Wednesday April 13, 2022.

“Refrigeration and cooling are now used for many things. Think about it. In the car, in the office, climate change is happening and things could get hotter before other countries do certain things. So it’s something that’s going to be with us for a while. So I will encourage everyone here to look for ways to make an impact by giving these opportunities.

Ghana has already experienced the first two phases of the Green Cooling initiative.

The first was a regional project from 2016 to 2018 including partner countries such as Namibia, Kenya and Mauritius.

The second phase, global in nature, also extended from 2018 to 2021. It included Kenya and the Seychelles, Costa Rica and Thailand.

With these measures, Ghana intends to sustain the use of R290 equipment over a longer period as committed in its (NDC) (70% market transfer) to support its potentials for reducing emissions and helping the global community fight climate change.

For him, the country’s austere unemployment statistics make it imperative that young people take advantage of such an initiative.

Mr. Ezekiel explained that it is becoming increasingly clear that the government alone cannot employ all the graduates coming out of school.

“If the government can’t employ them directly and give them a salary every month, they should at least create this conducive environment, so if someone has capital, they can go into business and be reassured,” he said. -he declares.

The environmentalist says from myjoyonline.com Kenneth Awotwe Darko that this creates a ripple effect where these graduates also create jobs for others in the process.

The second day of the event saw the training of people like Dr Daniel Benefoh, the National Focal Point for the United Nations Framework Convention on Climate Change (UNFCCC) who developed Article 6 of the Paris.

The National Focal Point for Action for Climate Empowerment (ACE), Dr. Emmanuel Tachie-Obeng, spoke about the need for public education and awareness programs, training of scientific, technical and management, ensuring access to information and promoting public participation in problem solving. climate change and its effects.

The event was also honored by entrepreneurs promoting climate-friendly activities in their trade.