In the absence of evidence, there are theories and testimonials put forward by philosophers, child development experts and everyday adults who insist that athletics have sculpted their lives.

“My high school athletic experiences made me a functional adult,” Maggie Lynch, now 24, said in an email.

Aidan Connly, a recent college graduate who played football and lacrosse in high school, said, “I learned to never quit and ignore the noise.”

Twenty-seven-year-old Jacqui Young said playing volleyball, softball and basketball as a teenager taught her to work with others, to appreciate her responsibility to the collective. (The group projects in the classroom resonated in a different way: “They made me feel more challenged than anything else,” she said.)

Memories may not be controlled experiences, but the volume and intensity of these reports are striking. Indeed, it seems like every adult who played sports growing up can instantly resurrect a story from the playground or team bus that made an impact.

Children can grow through sport in other ways, too. Competitive sports environments force them to engage with their own powerful feelings and those of others. Before long they learn to manage the anger, sadness, embarrassment and joy that the game evokes. If the sports environment is healthy, children can also learn to control their aggression. In games, after all, one team or individual is pitted against another, and during this competition the objective is to defeat the other, aggressively if necessary. But once the contest is over, everyone becomes human again, maybe even friends, and the aggression must be stopped. “It is hard to imagine a more powerful deterrent to raping another human being,” Weissbourd wrote, “than to recognize that our hostile feelings toward another person are some kind of fiction, fabricated by a game, and n have nothing to do with him or her at all – that we irrationally invent enemies.

With the right leadership, sport can also invite other moral virtues, including appreciation of an opponent’s skill, tolerance of a weaker player’s mistakes, and respect for an imperfect referee. This kind of “demanding morality,” Weissbourd writes, builds empathy: Children learn that their emotions, however passionate they may be, are not paramount, that the feelings and experiences of others are equally valid.

philosophy teacher Drew Hyland argues that serious engagement in sport can also trigger two deep inner developments: “the experience of deep, passionate engagement and self-knowledge.” Hyland took to his own time playing basketball to share how deeply it affected him. “There was no experience in my school or college education that brought me to more self-knowledge than my basketball experience, no course or classroom in which I learned more about my abilities, my limits, where I was willing to compromise and where I would take my stand.

One of the most lucid illustrations of self-knowledge gleaned from sport comes from Marc Edmundson, an UVA English teacher and former high school football player. In his 2012 trial on sports and character for The Chronicle of Higher Education, Edmundson explores how playing football drove the kind of moral growth that warrior communities value.

Physically unimpressive – “I was smooth as butter around the waist, nearsighted, not particularly quick and not nimble at all” – Edmundson nonetheless had the will to stick to the sport, despite grueling double workouts during the days scorching summer and regular beats. by the coaches. Mocking everyone’s expectations, he outlived more talented athletes and gained some self-esteem. “I became a tougher, bolder person,” he wrote.

He also overcame the self-consciousness that had haunted him and learned to assess himself by his own inner standards rather than those imposed by others. It was the regular practices, the hard exercises day after day after day, that forced this lasting transition, he writes. And the resilience and perseverance he absorbed while playing football guided him through the long work of graduate school and the job search that followed.

But there were also rotten lessons. The daily orchestrated violence made it more brutal. Given the hierarchical nature of the sport, he became more interested in power and ruling over others. He realized that he had become accustomed to thinking in terms of physical dominance and that this mindset would be hard to let go: “Once punching in the mouth is part of your repertoire, a once you’ve made it as an adult – it never really goes away. And he could see how the culture he inhabited was aggressively homophobic, obsessed with physical supremacy and, therefore, hostile to the value of kindness.

A handful of studies corroborate Edmundson’s experience. Children who struggle and play football are 40% more likely to be violent outside of sport than their non-athletic peers. “Players are encouraged to be violent outside of the sport because they are rewarded for being violent inside,” said Derek Kreager, who conducted the research. A study involving sixteen hundred male high school athletes found that football and basketball players were twice as likely to abuse their female partners as athletes in other sports. Most Research on Alcohol Use in High School Athletes shows a positive relationship between the two, even if it is not clear that one “causes” the other. The link is particularly strong in high-income areas.

We take our kids to the field for the same reason our parents did: because we believe sports build character. But the evidence is lacking and the environment in which children now play is inclined to do the opposite. Coakley thinks the way youth sports have changed over the past twenty years is undermining character development. “Sports have become more cutthroat and competitive among children and parents,” he said.

“Some children survive the system because they have joined other activities,” he added. “They succeeded despite the sport and became a pretty good boy of twenty-three.”

Insofar as there is a consensus about the contribution of sport to character, then, it seems to be this: what children glean from athletics depends entirely on a changing and tangled array of variables. Community values, parental attitudes toward sport, the manner and methods of coaches, the child’s temperament and training, and countless other intangibles determine what children learn from athletics. Sports themselves are empty vessels, imbued with the meanings we attach to them. 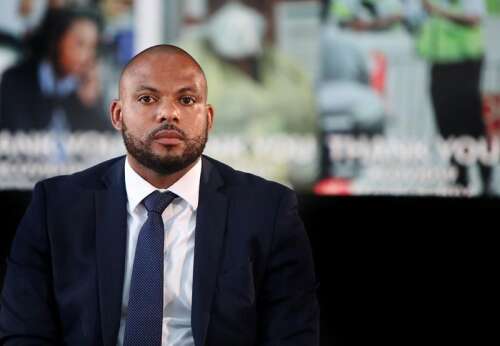