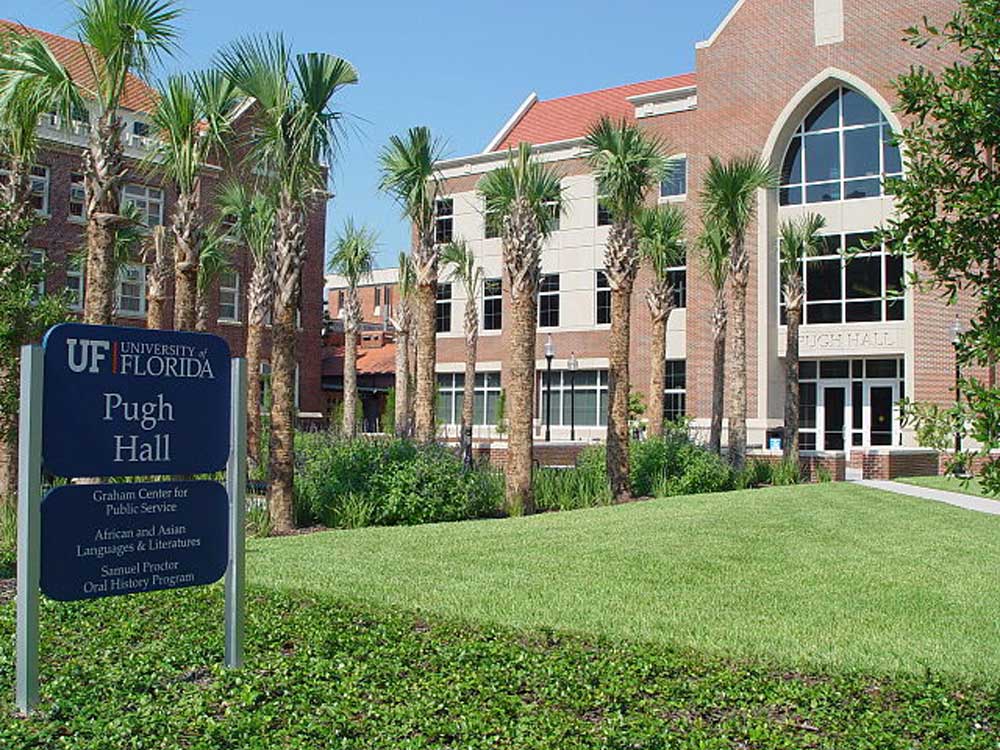 Governor Ron DeSantis campaigned for brave warriors like anti-Drag Queen crusader Kari Lake, the next governor of the great state of Arizona, and JD Vance of Ohio, who grew up so poor his family couldn’t not afford to give him a REAL name, but then made millions the old-fashioned way: making Peter Thiel his sugar daddy.

The governor also has Pennsylvania gubernatorial candidate and mega-MAGA Camo Jesus-guy Doug Mastriano, a proud Jan. 6 veteran, a man who joined the Patriots in shouting “Hang Mike Pence!” and valiantly recruited an “alternative” voter list for President Trump in 2020.

Just because Biden got 80,000 more votes doesn’t mean he won the state.

Now that he’s back, the Governor must set up an Educational Crimes Bureau to investigate and prosecute any Eggheads caught violating the “Stop Woke Act.” Floridians would feel so much safer if we had education officers armed to stamp out harmful experiences on campus. We can’t rely on football and fraternity parties alone to keep innocent 19-year-olds from thinking.

So give up, wokester profs: Ron DeSantis will no longer tolerate your anti-American view of our history, your critical race theory, your bizarre LGBTQ agenda, and your communist indoctrination of our children at major Florida state universities.

We already have a model – our elite election police unit – and anyone wondering if we really need sworn officers to enforce intellectual hygiene, well, people said the 2020 election in Florida were the safest, fairest and best managed in the country.

Wake up people! There are entire university departments making evolution and climate change a fact!

The governor is doing his best to protect our young people from dangerous ideas that might cause them to think dangerous thoughts about America’s glorious past. The wise white men of history would be the first to tell you that some of their best friends were dark-skinned: there was Sacagawea, that lady who gave Lewis and Clark such a good ride of the West that the United States quickly decided to take all this land from the Indians – it’s not like they were developing it or anything.

And Martin Luther King Jr., who told us in his great speeches that it was OK to ignore race in favor of whatever was in your character, especially if he was a bit white.

Aided and abetted by anti-American outfits such as the ACLU, a group of disgruntled scholars are suing on the grounds that the Stop Woke Act will prevent them from teaching minor history topics such as the slave trade in the Atlantic, the Native American genocide and others. -called “walkers” in Selma, Alabama, who refused to comply with law enforcement.

And a socialist-leaning judge recently struck down the “diversity training” portion of the law, but fear not: a real judge, appointed by our President-in-Exile Donald J. Trump, will soon put an end to this excessive liberation. . .

The University of Florida brass have the right idea. President Kent Fuchs released a cute video warning his professors that they better not offend the governor or the legislature or their trustees or anyone’s mom and dad by even mentioning that the “critical theory of evil Marxist race” or the university could lose $106 million.

Students do not need instructions on “race and sex”. They already know what race they are and if they don’t know what gender they are, their parents should send them to a good Christian re-education camp to sort this out.

Florida has already taken an important step by allowing students to film their teachers if one of them approves of a divisive concept or says something that hurts the feelings of young people, and denounce this deviant!

But we need a leader who can direct the effort to cleanse our colleges of harmful notions. The obvious choice to lead the Education Crimes Unit is Pete Antonacci, the new head of the Election Crimes Bureau. He’s so good at repression that he can do both!

Antonacci is already kicking ass, taking names and handcuffing ex-convicts who should have known just because a county official sent them a voter card or a government employee helped to register or that they thought that since they had paid their debt to society was OK for them to participate in democracy as if they were real citizens, these losers are in fact committing fraud and should return in jail instead.

He has all the assets. Sure, he worked for some Democrats back then, but he’s more than atoned for by joining the Federalist Society and helping Governor Rick Scott fire a supposedly “above politics” FDLE leader. who failed to follow the Republican platform.

More importantly for an education crime czar, he has a proven track record of taking no crap from know-it-all academics. As executive director of the South Florida Water Management District, he kicked the National Academies of Science out of his plans to restore the Everglades, with their scary stories of rising sea levels, their dumb scientific data and their dumb scientific recommendations. He said to them, “Mind your knitting.

These “experts” think that just because they have studied hydrology or environmental chemistry for 20 years, they know more than ordinary people.

It would be awesome to see some crack ed cops kicking down the door of a feminist theory class where our precious children are being force-fed “intersectionality.” Or accuse an English teacher of causing distress to young, well-to-do white men by having them read novels by Toni Morrison or William Faulkner that insinuate a connection between, say, the Fugitive Slave Act, the segregation, Plessy c. Ferguson, and what these wokesters like call “systemic racism.”

It will be great to see the radicals in FSU, USF, UCF, UF and the rest of the state’s leftist learning factories get their payoff. Some of them still publicly proclaim their intention to teach books that Moms for (White People’s) Liberty (from Knowledge) wants to ban, garbage like “The Grapes of Wrath” (Socialist), “Slaughterhouse Five” (“commentary incendiary religious”), and “Antiracist Baby” (don’t give racist babies the same time).

Obviously, we have to get rid of the corrupt tenure system. This allows these so-called “academics” to have so-called “academic freedom”. Governor DeSantis has begun the process of removing the warrant, which will help education cops punish thoughtcrimes in our ivy-covered halls.

They could start with this UF history professor, Paul Ortiz. He says he will continue to teach about Native American slavery and genocide and “women’s reproductive freedom” (it’s a fact that even mentioning such things encourages our girls to be bitches) no matter what. wants the governor.

Ortiz asserts that otherwise Florida will end up “being a society where following Ralph Waldo Emerson’s famous saying to ‘stay upright and vital and speak the crude truth in every way’ is punished by the state.”

You see the problem here: pure and simple challenge. Insubordination. Lack of respect. Such a rebellious attitude must be stamped out lest we lose our freedoms.

And who is this “Ralph Waldo Emerson”? Someone needs to check if he is legally registered to vote in Florida.

Diane Roberts is an 8th generation Floridian, born and raised in Tallahassee. Educated at Florida State University and the University of Oxford in England, she has written for newspapers since 1983, when she began producing columns on the legislature for the Florida Flambeau. His work has appeared in The New York Times, The Times of London, The Guardian, The Washington Post, The Oxford American and Flamingo. She was a member of the editorial board of the St. Petersburg Times – when that was the name of the Tampa Bay Times – and a longtime columnist for the paper in both its versions. She was a commentator on NPR for 22 years and continues to contribute radio essays and opinion pieces to the BBC. Roberts is also the author of four books. 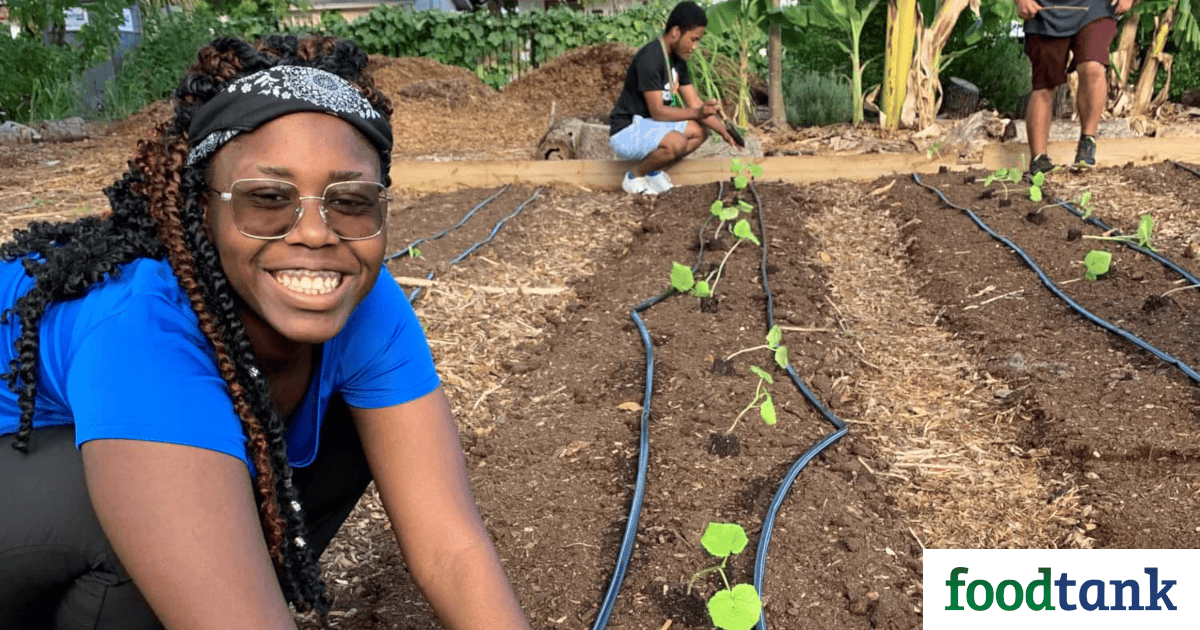