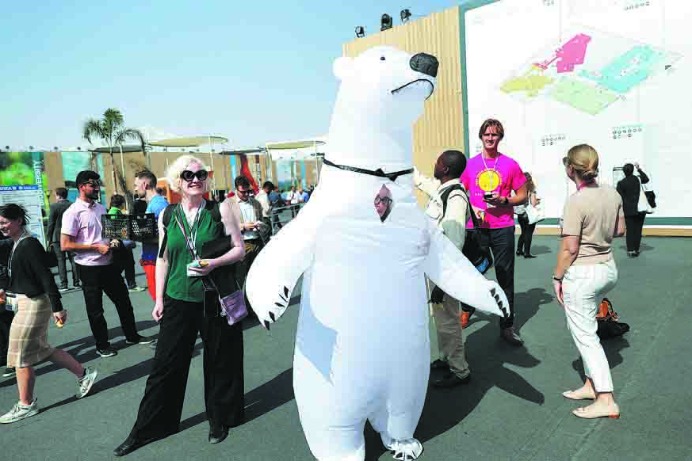 Young African activists are adding their voice to the climate issue, saying world leaders must ensure that the voices of African people are reflected in the outcome of negotiations at the United Nations Climate Change Conference, or COP27, in Egypt .

Most young climate activists on the continent are of the view that this year’s climate summit should not be about promises but about action, especially for the promises that have been made and not kept, such as providing climate finance to vulnerable communities.

Elizabeth Wathuti, an activist from Kenya, delivered an open letter to COP27 President Sameh Shoukry on November 10, calling for loss and damage funding to be channeled urgently to communities living on the frontlines of the crisis climatic. She said more than 130,000 people around the world have signed the petition, which calls for funding loss and damage to be the priority and the determining factor in whether or not COP27 succeeds.

“The people who have contributed least to the climate crisis are currently suffering its worst impacts, and decency demands that funding be urgently mobilized through a loss and damage facility to help them,” Wathuti said in his letter.

The suffering was witnessed

Wathuti said he has witnessed the suffering that the interconnected climate, natural and food crises are currently bringing to the African continent.

In the same spirit, a group of young people from South Africa issued a statement during COP27, calling for climate justice and equity to underpin all actions to address the climate crisis, taking into account problems facing the countries of the South.

The statement released by the South African youth urged developed countries, United Nations entities, intergovernmental organizations and other bilateral and multilateral institutions to provide increased and additional support to activities to address the associated loss and damage. to the adverse effects of climate change.

At a youth roundtable with United Nations Secretary-General Antonio Guterres held on November 9 during the COP27 summit, African youth called on world leaders to use COP27 as the last opportunity to work harder to achieve their climate goals and to take into account the voices of young people because they are the future and they have a lot of potential and good ideas to contribute.